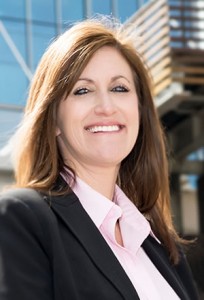 As the Denver Post’s Elizabeth Hernandez reports, the exit agreement for controversial outgoing President of the University of Colorado, former GOP Rep. Mark Kennedy, was approved this morning by an 8-1 bipartisan vote of the CU Board of Regents:

University of Colorado President Mark Kennedy will receive a $1.3 million lump-sum payment when he departs his role as leader of the four-campus university system by July 1, according to an agreement approved by the CU Board of Regents on Wednesday.

The agreement outlining the details of Kennedy’s departure from the university presidency after two years on the job passed on an 8-1 vote, with Regent Heidi Ganahl, an at-large Republican, voting against the deal.

It’s a generous golden parachute for a university president who only got the job two years ago, but it could be a major turning point in the controversy over “conservative affirmative action” that has been raging at the school since the appointment of Kennedy’s predecessor Bruce Benson a decade before. Even as the state’s politics have shifted leftward in recent years, Republican control of the CU Board of Regents allowed for the university to become a haven for ideological conservatives through the school’s privately funded Bruce D. Benson Center for the Study of Western Civilization. A succession of highly controversial “visiting conservative scholars” culminated in John Eastman, who while employed by the Benson Center helped incite violence in Washington, D.C. on January 6th.

In her statement explaining being the only “no” vote against Kennedy’s departure deal, Regent at-large Heidi Ganahl, who is increasingly mentioned as a GOP candidate for higher office in 2022 as the state’s only remaining statewide Republican elected official, made it stunningly clear where she stands: with John Eastman and Mark Kennedy.

Ganahl said: “I don’t think we should trouble ourselves with the illusion that Mark Kennedy’s firing was a great failing or fundamental error in leadership. Mark Kennedy is being fired for the high crime of not being a Democrat or left-wing academic to a new board majority who many days forget they serve the students of CU and not the (Democratic National Committee). In this case, their need to grind partisan axes will cost taxpayers and students millions of dollars.”

This statement was a major mistake for Ganahl, essentially putting her on the hook for the entire years-long partisan political train wreck at CU–at least as far back as Ganahl’s own narrow election in 2016 on a platform of making the school a safe space for conservatives. Her 8-1 grandstand vote is the clearest sign we’ve seen yet that Ganahl is making every move with an eye toward a run for higher office in 2022. The problem is, she’s grandstanding on her own defeat, and willingly positioning herself on the opposite side of a large majority of Colorado voters.

It’s a statement that will make a few GOP donors and primary voters happy.

But then the failed Republican transformation of CU into a “conservative affirmative action” safe space, which ended in unprecedented disaster with CU employee John Eastman cheering on the insurrectionists on January 6th, will sink Heidi Ganahl in whatever general election she winds up in.