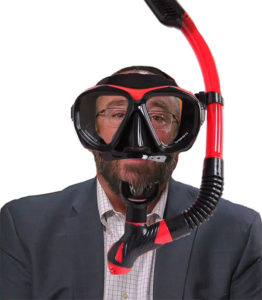 House Minority Leader Hugh McKean may be in over his head.

Shortly after the November 2020 election, Republicans in the state legislature selected Rep. Hugh McKean (R-Loveland) to replace Rep. Patrick Neville (R-Douglas County) as House Minority Leader. Republicans were smart to move on from Neville’s dysfunctional leadership (though Neville technically quit before he could get fired). Neville was good at grifting but not as good at politics; under his leadership Republicans suffered heavy losses in consecutive election cycles while Neville focused much of his time on intraparty Primary fights.

Colorado Republicans have a different kind of problem with McKean: The House Minority Leader doesn’t appear to have any idea what he is doing.

McKean doesn’t have a lot of leverage to impact policy given that Democrats hold a 41-24 advantage in the State House, but he’s failing at some pretty basic leadership tasks. Freshman Republicans are introducing bills that they don’t even remotely understand, which is the sort of mistake that a caucus leader should be able to prevent.

House Republicans are also making some very dumb errors in introducing legislation on key GOP issues. Earlier this month we wrote about the folly of moving forward with a school voucher bill that came attached with a gargantuan fiscal note. Republicans don’t have the votes to even move a voucher bill out of a committee hearing, but at the very least they could have avoided creating a $663 million talking point that voucher opponents can use for the next decade. Once Republicans knew the cost of HB21-1080, they should have pulled it from consideration instead of having a pointless debate in the House Committee on Education. As we wrote on March 1:

But $663 million is a pittance compared with the fiscal note attached to a bill that McKean himself recently sponsored. As Marshall Zelinger reports for 9News:

Concerned about the personal information the state health department has access to, as a result of contact tracing, House Minority Leader Rep. Hugh McKean (R-Loveland) sponsored a bill that would require state agencies to contact people every 90 days, alerting them to the information kept on file, and giving them the choice to have it deleted…

…”My bill would actually give people the opportunity to ask the state to purge their personally-identifiable information on a regular basis,” said McKean.

He wanted that to happen.

Until he found out how much it would cost.

The fiscal note, which estimates how much legislation would cost the state, showed that it would take $2.7 billion and the equivalent of 6,800 employees from July 2021 to June 2022, and then $2 billion and 4,500 employees the next year.

McKean might not have been able to find out the exact cost of his proposal until the bill was formally introduced, but he could have done some basic research first. For example, he could have approached the Colorado Department of Public Health and Environment and asked if his idea was even possible to implement with its current computer and data systems. The answer would have been, “probably not,” which would have been a flashing red light for McKean to not proceed any further.

Math is not one of McKean’s stronger subjects — he also rejects the unassailable numbers that show Colorado has become a blue state — but you don’t need to be a numbers whiz to understand the problem with trying to legislate by the seat of your pants.