Please Support My Legislation, Whatever It Is 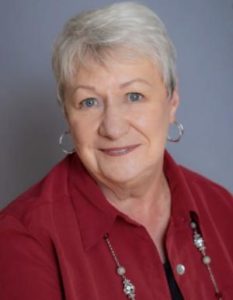 It is no secret that outside interests and lobbyists often craft legislation that an elected representative ends up carrying on their behalf. There’s nothing inherently wrong with this practice — particularly in a state like Colorado where legislators are not full-time lawmakers and only convene for about four months every year — but it’s been our experience that competent interest groups and legislators generally make sure that everyone is on the same page before a bill gets formally introduced.

Most of the time, anyway.

On Thursday, freshman State Rep. Mary Bradfield (R-El Paso County) attempted to make a case for legislation she is sponsoring during testimony in front of the House Committee on State, Civic, Military, & Veterans Affairs. House Bill 21-1074, of which Bradfield is the sole sponsor, seeks to “establish immunity from civil liability for entities for any act or omission that results in exposure, loss, damage, injury, or death arising out of COVID-19 if the entity attempts in good faith to comply with applicable public health guidelines.” That’s what it says in the bill text, anyway; we’d give you a more straightforward explanation, but Bradfield herself did not present one.

Bradfield’s HB21-1074 was ultimately killed in committee on Thursday after it became very clear that she had no idea what her bill was supposed to accomplish. We can sum up what happened with this brief Q&A after witness testimony concluded between Bradfield and Committee Chair Chris Kennedy (D-Lakewood):

KENNEDY: My understanding of how the current civil tort system works is that if a claimant did want to receive damages for harm that they believe happened to them, they would have a “preponderance of evidence” standard. So I’m curious why the “clear and convincing” standard seems more fitting for this kind of case.

BRADFIELD: Mr. Chair, um, that sounds like a very legal question, of which I am no lawyer, nor do I profess to be. I just follow the best advice of the people who know better than I. So, in other words, plain and simple, I have no idea. Thank you. [Pols emphasis]

You couldn’t listen to Bradfield’s presentation on Thursday and convince yourself that she had any real understanding of her own bill. It was more than obvious from Bradfield’s presentation that she was reading from prepared notes that were written by someone else — and possibly for the first time. Bradfield would stop and start her presentation at strange points, just as you might stammer when reading aloud a sentence that gets cut off by a page break.

Bradfield should probably not be sponsoring legislation that she doesn’t understand, and that’s on her. But some organization or lobbyist prepared this bill and didn’t make much of an effort to make sure that its sponsor — a freshman lawmaker — could offer even a modest defense of the legislation. This is shoddy work; if we were Bradfield and House Minority Leader Hugh McKean, we would not be happy about any of it.

You can listen yourself to the State Affairs committee discussion on HB21-1074, or check out the full transcription after the jump below…

Bradfield begins her presentation by apparently just reading the bill text verbatim [note: all emphasis is ours]:

The focus of this bill is on liability rather than immunity. In this bill, an entity is not liable for any damages for exposure, et cetera, et cetera, et cetera [Pols Note: Bradfield literally says “et cetera”] or death as a result of COVID-19. A claimant must show by clear and convincing evidence that the entity failed to comply with public health guidelines, or by gross negligence, or willful and wanton acts, or in omission of the entity. An entity is defined in this bill as any individual, corporation, government, or government subdivision or agency…[garbled] as educational institution, religious organization, business trust, estate trust, LLC, partnership, association, or any other legal entity.

Public health guidelines means all orders, et cetera, to COVID-19 issued by the Governor, CDPHE, or any other government or governmental subdivision or agency.

This protection expires…or repealed…effectively…effective two years after the date the Governor terminates the state of emergency.

At this point Bradfield veers away from reciting the bill text in favor of some equally-mystifying talking points:

It can be easy enough to discuss this bill as some sort of gift to businesses. A way out for businesses acting irresponsibly. And though my purpose is to protect small businesses, the bill does indeed apply to Wal-Marts and big stores. Businesses like that. Also, it applies to the church on the corner, the emergency clinic, your dentist, the neighborhood bar, your hairdresser, and, you see, the list can go on. Even to your neighborhood school.

The legal language of this bill is about corporations, partnerships, organizations, and the like. However, the bill is really about jobs. About livelihoods. And protecting those jobs. Those jobs are people’s livelihood. We are told time and time again that COVID has changed everything. So after this year of fear and lockdowns, and pandemic, and…how can this legislature [garbled] the very real possibility of economic recovery? Being stuffed out…snuffed out…by a potential wave of lawsuits.

Next, Bradfield attempts to bring in some real world examples:

Can-pho-naut-ics across Colfax survive a lawsuit.

Bradfield spoke this first part slowly and phonetically. Perhaps she is referring to the “Pho-natic” Vietnamese restaurant on East Colfax? It was also hard to tell if this was meant to be a statement or a question.

How about Shish Kabob, the place on the corner? [Pols note: This restaurant?]

He escaped Assad in Syria, but can he escape the lawyers? Would they, those two small businesses, would they stay open?

No matter how many i’s are dotted, no matter how many t’s are crossed, COVID is a virus. And viruses do not obey the rules. The virus is going to do what it’s going to do, and even a governor who followed every rule was infected. So whom does he use? And so the Shish Kabob place gets sued because the virus does what the virus does, and win or lose, they close. So a family, a business, is now history. And seven or more people no longer have their livelihoods. Already the livelihoods of over 150,000 Coloradoans have been destroyed. Never to come back. How many more will we add to that number through inaction?

At this point, Bradfield directly acknowledges that her bill is a solution in need of a problem:

I am told Colorado has not seen any lawsuits. Is it because Colorado is not fully open? 7,700 lawsuits have been filed across the country. That’s an average of 855 per state. Is it not beyond the realm of possibility that 800 lawsuits are filed against businesses by summertime? Imagine, 800 small businesses closed whether or not they win…the lawsuit. That could be…up to 40,000…more livelihoods lost. And business, big businesses, do not have bottomless pockets.

This isn’t an actual problem right now, but could it be? Uh…sure.

Is it possible that 800 lawsuits could be filed against Colorado businesses by “summertime”? Dunno. Maybe?

What if, say, Wal-Mart was targeted? And when it was all over, win or lose, Wal-Mart decided that the bottom line was so impacted that they had to cut jobs. What if they say…one, two, three…oh, maybe 11…employees per store…in Colorado…needed to be laid off? 11 times 233 stores equals 2,543 more livelihoods lost.

And some will say, why don’t we wait until there really is a problem. Let’s say we wait. Let’s say we see 400 lawsuits. Maybe 600. And we see 300, 500 more businesses close their doors forever. Upwards of 25,000 livelihoods lost. And we, the General Assembly, will not be able to act until January. And how many will the big businesses add through permanent layoffs? January 2022 is too late. Do you repair a dam after it’s broke?

Bradfield’s closing sentence is really the only coherent point of her entire presentation (though you could make this same argument for pretty much any piece of legislation that seeks to pre-emptively do a thing).