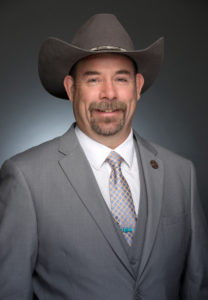 This week in a Colorado Senate committee, as readers know, a Republican bill to substantially roll back our state’s highly successful mail ballot election system was defeated in a 4-1 bipartisan vote. Freshman GOP Sen. Cleave Simpson of Alamosa joined majority Democrats to reject this highly ill-conceived “solution in search of a problem” bill. Given that Colorado’s election system is both highly popular with voters and proven to be safe and accurate over the course of multiple election cycles, introducing this bill made very little political sense. If anything, the bill’s purpose and swift demise only highlighted once again the profound lack of credibility in Republican allegations of election fraud, both here and in other states.

But as Howard Fischer reports for the Arizona Daily Star today, there are other states, especially those where the election was closer than it was here, where the GOP’s sour grapes over 2020 resulted in something much worse:

Facing some blistering criticism and the possibility of harming Republican reelection efforts, a Southern Arizona lawmaker has pulled the plug on a proposal to let the legislature override the choice of voters for president.

Sen. David Gowan, R-Sierra Vista, said his SCR 1006 simply recognizes that the U.S. Constitution gives lawmakers the ultimate power to choose electors. What his proposal would do is actually allow them to exercise that authority by requiring a special legislative session after every presidential vote to “investigate the results” and decide what result to certify.

It’s one thing to engage in vote suppression by restricting ballot access, early voting times, and other such tactics that are unfortunately fairly common in states that purposefully game their election systems for partisan advantage. But building in a process requiring the legislature to consider overriding the vote in a presidential election, as Arizona Sen. David Gowan proposed, would normalize the possibility of that occurring–which would open the door to state legislatures doing this whenever it suits them politically.

And that would be the end of American democracy, folks:

Alex Gulotta, state director for All Voting is Local, said there’s no factual basis for the proposal. Instead, he said, it “helps perpetuate the big lie” that the 2020 election was somehow stolen. And pointed out that nothing in SCR 1006 requires lawmakers to cite any cause or reason for replacing the judgment of a majority of voters for their own.

“The will of the people is replaced by our new overlords,” Gulotta said. [Pols emphasis]

While it’s a relief to see that this bill was allowed to die by its sponsor after its extremely negative political implications were apparently communicated by fellow Republicans, it’s very important that every American take note of the fact that such a manifestly undemocratic piece of legislation was introduced at all. There is no evidence in Arizona or any other state substantiating the claim of election fraud sufficient to change the outcome, which means there is no rational basis for creating a process to overturn election results.

If you’re willing to take this extreme step for no good reason other than your candidate lost, American democracy may just not be your thing. You’re entitled to your opinion, but your moral authority to hold elected office is pretty much forfeit.