Get More Smarter on Thursday (Feb. 18)

There are 309 more shopping days until Christmas. Now, let’s get even more smarterer. If you think we missed something important, please include the link in the comments below (here’s a good example). If you are more of an audio learner, check out The Get More Smarter Podcast. And don’t forget to find us on Facebook and Twitter.

► Governor Jared Polis (D-Boulderish) delivered his State of the State speech on Wednesday. From The Denver Post:

Polis alternated between two themes during Wednesday’s annual State of the State speech, mourning for what the COVID-19 pandemic has wrought in Colorado and expressing optimism not just for the end of the virus, but for “the boldness to imagine a better future … and bring it to life.”

His priorities for 2021 are pretty well-known, given all of the news conferences he’s had since the start of the pandemic: Get vaccines into arms, help the economy heal and, eventually, hold a big bonfire party to burn our masks.

But he broadened his agenda during his address at the Capitol, speaking of equitable education and health care, better roads and highways, rural broadband, and investments in the economy in the forms of tax breaks and small business loans, especially in tourism and renewable energy sectors.

Colorado Public Radio has more on Polis’ speech, as well as a video and transcript.

► Texas Democrats are calling on Sen. Ted Cruz to resign after the Republican Senator decided to take a trip to Cancun while his constituents are freezing their butts off. 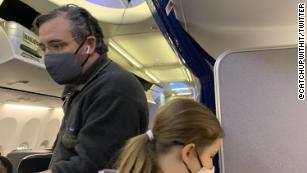 Texas Sen. Ted Cruz heads for some fun and sun while his home state freezes.

In politics, there are a few unwritten rules that every good politician adheres to. Don’t compare any situation to Nazi Germany. Don’t get out of step with your party base. And perhaps most importantly, when things go sideways for your constituents, don’t go on vacation.

Texas Sen. Ted Cruz broke that rule this week when he and his family were spotted hopping on a plane to the resort town of Cancun, Mexico, amid a devastating winter storm and subsequent power grid failure in his home state that has left millions in dire straits.

“I can’t believe I have to say this, but: if you’re an American pol whose state is enduring a crisis of Katrina-like proportions and instead of going to help your constituents in even a basic, performative sort of way you FLY TO ANOTHER COUNTRY’S BEACH TOWN, you’re doing it wrong,” tweeted Sonny Bunch, a conservative commentator living in Texas.

That is, of course, exactly right.

Colorado hospitals charge more, have higher costs and still report higher profit margins than any other state, according to a financial analysis of federal data presented Wednesday to the Colorado Business Group on Health.

Both for-profit and nonprofit hospitals in Colorado have made “strategic decisions to maximize revenue and profit,” in large part by consolidating into a handful of powerful networks, said Thomas Nash, a health care financial consultant and former vice president of financial policy for the Colorado Hospital Association. The report employed analytical tools developed at the state Department of Health Care Policy and Financing.

When non-patient revenues such as investment income are figured in, Nash said, Colorado hospitals as a group reported a 15.6% profit margin, edging out Utah and California for the highest margins in the nation.

► Colorado is inching closer toward its goal of providing COVID-19 vaccines to a majority of residents over the age of 70 by early March.

The bill is the centerpiece of Biden’s broad strategy to forge a more humane immigration system, and it would grant legal status to approximately 11 million people, mostly from Mexico and Central America.

The legislation faces significant hurdles in a divided Senate still reeling from the impeachment trial of former president Donald Trump, who often tapped into anti-immigration rhetoric to fire up his campaign rallies.

Biden has expressed hope for passing a bipartisan measure, and the U.S. Citizenship Act marks the first major effort since the Senate passed a massive immigration overhaul in 2013 and that effort died in the House. But it is unclear how aggressively he will court Republicans needed to pass the Senate.

Maybe we can at least convince Mexico to keep Ted Cruz.

►According to The Colorado Sun, a SEVENTH Coloradan has now been charged in relation to the Jan. 6 terrorist attack at the U.S. Capitol:

Glenn Wes Lee Croy, of Colorado Springs, was arrested and released on a $5,000 bond Wednesday, according to an affidavit filed in Colorado’s federal court. He has been charged with unlawful entry to restricted property, and violent entry and disorderly conduct on the U.S. Capitol’s grounds.

Federal court documents say Croy was one of the people who entered the U.S. Capitol during the riot. Body camera footage from the Metropolitan Police Department captured video of Croy inside the building’s rotunda, according to federal authorities. GPS data from Croy’s Google email also placed him at the riot that day, according to court documents.

Lest you have any doubts, Croy has made it clear that he was indeed inside the Capitol on Jan. 6:

Croy later sent a Facebook message containing a picture of himself and another intruder posing in front of an Abraham Lincoln bust inside of the Capitol, according to court documents.

In December, Croy responded to a tweet from newly elected U.S. Rep. Lauren Boebert, in which she asked, “Who is going to be in DC on January 6th to stand with President Donald Trump?”

Court documents say Croy replied, “fellow Coloradan we will be there.”

► Congressman Joe Neguse (D-Boulderish) has been elected to chair the House Natural Resources Committee’s Subcommittee on National Parks, Forests and Public Lands. The position is open because New Mexico Rep. Deb Haaland has been nominated as Secretary of Interior.

► As Marianne Goodland reports for the publication formerly known as the Colorado Statesman, legislative leaders have made their selections for a portion of the membership of the redistricting/reapportionment committees.

► Westword has more on a report showing positive impacts from an Immigrant Legal Defense Fund.

► As 9News reports, some Republican lawmakers in Colorado are pushing forward with the laughably-false claim that renewable energy problems are the cause of massive power outages in Texas.

Denver7, meanwhile, looks at whether the power failures in Texas could happen in Colorado (the short version: probably not).

► State Sen. Paul Lundeen (R-Monument) is on a quest to make sure that FEWER Coloradans turn out to vote in future elections.

► Jefferson County Public Schools is hoping to soon announce a firm date for a full return to in-person learning.

► The Colorado Department of Labor and Employment suspects 1 million unemployment applications may be fraudulent. One. Million.

► Former Arapahoe County District Attorney George Brauchler thinks he has the cure for what ails the Colorado Republican Party. As The Ft. Morgan Times reports:

In theory, he said Republicans could work hard to lose by less in Boulder and Denver and by focusing on rural electors in all other areas of Colorado could flip state leadership.

“We are leaving votes on the table. We cannot write off rural [Colorado],” Brauchler said. “I expect a lot better turnout in 2022.”

As much as Brauchler would love for dirt to be able to vote in Colorado, that isn’t happening anytime soon. There simply aren’t enough people living in rural Colorado to overcome the massive population advantages of the Denver Metro Area. It’s just math.

► We legitimately have absolutely no idea what this is supposed to mean:

If the Swamp reinstates earmarks for pork-barrel politics, it won’t be long before Treasury Secretary Janet Yellen has to call JG Wentworth at 877-CASH-NOW.

Come on, Q*Bert! You can’t own the libs if the libs can’t understand your gibberish.

► Ivanka Trump is not going to run for U.S. Senate in Florida against incumbent Sen. Marco Rubio. In case you were wondering. 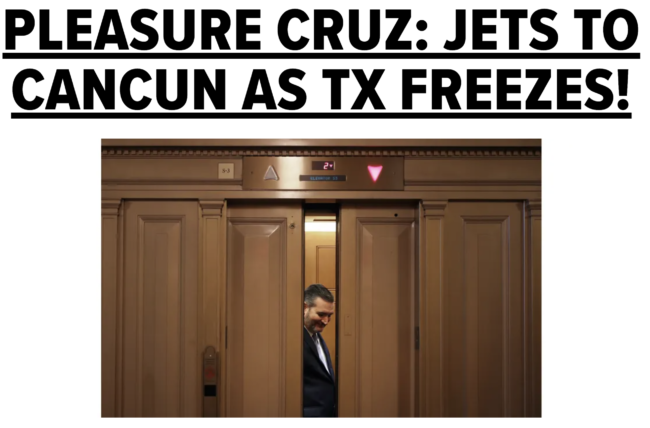 ► State Rep. Ron Hanks also apparently does exist. We wouldn’t recommend going near him, however.