Cory Gardner: He’s Back And Taking No Blame

Have always been skeptical at the notion that Gardner would run again for #cosen or even #cogov but this seems to put the nail in the coffin https://t.co/tZFrshWLq1 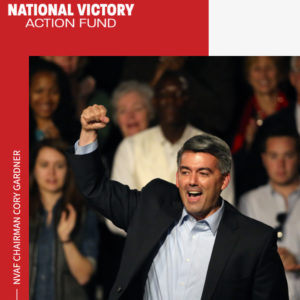 For months since losing the 2020 U.S. Senate election in Colorado by almost ten points, ex-Sen. Cory Gardner has been dead silent while the country plunged into political chaos caused by the man Gardner followed happily into the political abyss, now ex-President Donald Trump. While Gardner himself conceded defeat on Election Night, Gardner kept completely under the radar while Trump denied the results in the presidential race and eventually fomented the violence that broke out at the U.S. Capitol on January 6th just days after Gardner left office.

Well folks, as of today, Cory Gardner is back–as the chairman of a new SuperPAC called the National Victory Action Fund (NVAF), whose stated mission is to “get money to campaigns as early as possible” and “consequently, elect conservative candidates to the House and Senate in 2022.” Jeff Larson, former RNC chief of staff and adviser to former RNC chairman Reince Priebus, talks about Cory’s new gig:

Outside groups provide critical resources, but we cannot rely on them alone. Compared to campaigns, outside groups pay far higher rates for television ads, have no access to the actual candidate or specific guidance on messaging, and often start their ads only weeks before Election Day.

Therefore, we need to find ways to get more money into the hands of the actual campaigns themselves.

And that’s where NVAF chairman Cory Gardner takes over–but the story Gardner tells about his defeat in the 2020 elections is, we’re sorry to say, not recognizable to anyone who lived through it:

Out in Colorado, we had far-left groups from out of state saturating the airwaves with millions in television ads years before Election Day. When I finally had enough money to respond in kind, they had already influenced public opinion in a way that was almost impossible to overcome. I’m proud to join with NVAF because getting resources to campaigns is vital if we want to prevent this from happening to other candidates. 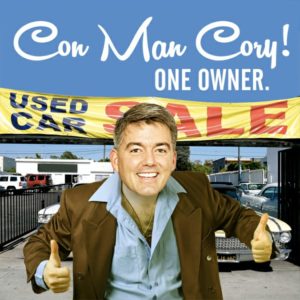 It could have been worse we guess.

As Coloradans became painfully used to during Gardner’s decade in federal office, this account of Gardner’s defeat is complete fictionalization. The truth is that Gardner entered the 2020 election cycle with a huge incumbent war chest, while his eventual opponent John Hickenlooper first had to slug it out in a Democratic primary. Hickenlooper’s fundraising did eventually build a massive advantage over Gardner, but to suggest that Gardner never had the money to “respond in kind” to attacks is simply not accurate.

And this leads to the real problem with Gardner’s excuses for why he lost, at least the closest to an excuse we’ve seen publicly: it’s not money that sank Cory Gardner at all. Public opinion turned against Gardner over choices Gardner made on his own, the most damning of which was to lash himself to Trump in a state that rejected Trump in 2016 and then punished Republicans up and down the ballot in 2018 in a referendum on Trump. And it goes back even further than that: ever since Gardner’s close election in 2014 counter to the prevailing leftward political trajectory of the state, he was on the wrong side of Colorado voters on most issues.

It’s not about “influencing public opinion.” Gardner was always a bad fit politically for Colorado.

The sad fact is that few Republicans have paid a higher price for their loyalty to Trump than Cory Gardner. Gardner’s choice to align with Trump to the bitter end, unlike some other GOP Senators whose legacies will survive Trump’s, had lasting consequences. This new job represents a tremendous diminishment of Gardner’s once-limitless career prospects, and underscores the difficulty that Trump loyalists are reportedly having finding new employment anywhere near the prestige they once enjoyed.