Making The Connection: The Lien And The Mileage Check 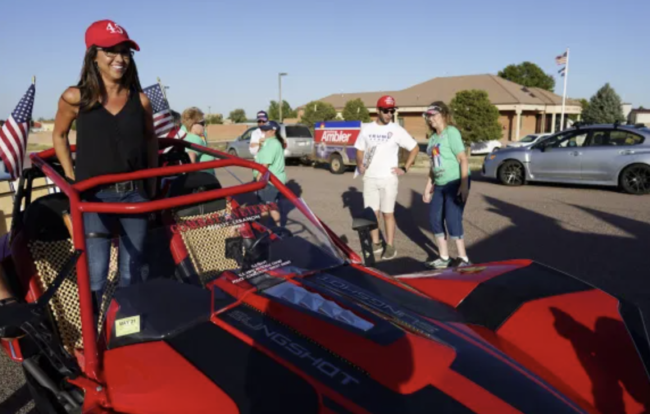 Back in December, Colorado Pols first reported on suspiciously large mileage reimbursements from Rep. Lauren Boebert’s campaign account, pocketing over $21,000 in one lump sum on November 11th alone–compared to Rep. Scott Tipton reimbursing for about $10,000 during his entire decade in office. The Denver Post followed up this story last week, and determined through their analysis that Boebert’s mileage reimbursements were both atypical and questionable. Last Friday, Colorado Newsline’s Chase Woodruff ran a separate story about Boebert paying off just under $20,000 tax liens filed against her business Shooters Grill in Rifle in late October.

Boebert’s tax liens being paid off just a couple of weeks before Boebert’s mileage payday in nearly the same amount raised new questions in our minds, and it looks like we weren’t alone:

Hmmm… Boebert paid off nearly $20K in state tax liens in 2020. She had just reimbursed herself $20K for mileage that looked pretty fishy –> .https://t.co/ixEyCaCtm4 via @NewslineCO

Colorado Public Radio followed up on the Denver Post’s analysis last week of Boebert’s campaign travels, and while they were able to account for somewhat more possible travel than the Post, they’re still well short of the reimbursement Boebert wrote herself in November–and again, the question of the tax liens in a similar amount paid off shortly before looms large:

The Pueblo-based Rural Colorado United, a political action committee that opposes Boebert, also plans on sending letters this week asking the OCE and the Federal Election Commission to look into the mileage, as well as her actions around the Jan. 6 U.S. Capitol riot.

“We’re trying to see if there was any correlation between [Boebert] and using those funds for the taxes that she owed [for her business],” said George Autobee, co-founder of the Rural Colorado United. [Pols emphasis] The Denver Post reported last summer that the state had filed around $20,000 in liens against Boebert’s restaurant in Rifle. Boebert paid most of that off in October, according to the site Colorado Newsline.

Shooters Grill, the gun-themed restaurant owned by Boebert, accumulated eight liens for nonpayment of unemployment insurance premiums between 2016 and 2020. By early 2020, the restaurant owed the state $19,552.86. According to Garfield County records obtained by Newsline, three of the liens totaling $553.50, were paid off. The remaining five liens, totaling $18,999.36, were paid off on Oct. 22, 2020.

Boebert did not respond to Colorado Newsline’s story. There is still no information on what led to the liens on her restaurant or how they were paid off.

This Wednesday, the Denver Post reported that ethics experts are asking questions about the more than $22,000 in mileage reimbursements Boebert paid herself from her campaign last year.

Amazing that she drove just enough to cover her tax bills! Maybe next time she can get a sweetheart loan from Deutsche Bank. [Pols emphasis]

There are enough people asking questions about both facets of this story that the burden is now on Boebert: to provide a full accounting for the reimbursements she paid herself from her campaign, and to disclose how she paid off these tax liens in one large payment just weeks before writing herself a check of a suspiciously similar size. At this point, Boebert should consider fully releasing unredacted statements from her campaign’s bank accounts and opening her internal accounting to outside review. That could be the only way to fully answer these converging questions about the movement of money between Boebert’s campaign and Boebert’s pockets.

The story is definitely not going away now. There’s opportunity, there’s motive, and there’s scrutiny only a willful lightning rod can bring on themselves. Skilled grifters keep themselves under the radar just enough to avoid attracting attention to their grift.

With Lauren Boebert, everything is right out in front where you can see it.