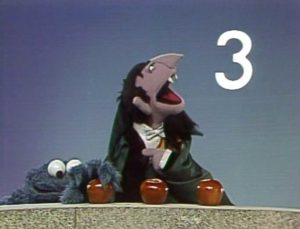 We don’t have to tell you that 2020 has been a strange year. Because of the coronavirus pandemic, many Colorado businesses were forced to close their doors; some shut down permanently, while others closed and re-opened and closed and re-opened depending on the level of positive COVID-19 cases in the community.

The Colorado legislature was not immune (pun intended) to the vagaries of 2020. Lawmakers convened as usual in early January, where they were greeted in part by a motley crowd of “protestors” angry at one thing or another. Democrats kicked things off with a focus on health care and transportation funding. For their part, Republicans opened the 2020 legislative session by affirming their commitment to bashing immigrants. All in all, it was a fairly predictable start under the golden dome in Denver.

Things were progressing in a relatively normal fashion until the coronavirus pandemic hit home. By early March, the adults in the room were growing increasingly concerned about the public health problems associated with gathering hundreds of people into a relatively small space day in and day out. On March 14, the legislature adjourned for two weeks in hopes of returning on March 30. That proved to be impractical for coronavirus reasons, forcing lawmakers to wait until mid-May to reconvene.

Only the best people

In the meantime, Republicans tried to prevent the legislature from returning at all in 2020, arguing unsuccessfully that the state Constitution requires the legislature to be in session for 120 consecutive days. After losing that battle about being required to do their damn jobs, Republicans such as State Sen. John Cooke shifted to expressing delight that a multi-billion dollar budget shortfall triggered by the pandemic would make it difficult for Democrats to accomplish any of their goals.

When the legislature finally returned to work in mid-May, there were new arguments to be had. There was much discussion about remote participation at the State Capitol, which Republicans predictably grandstanded against on the general GOP theory that the best way forward in any situation is just to oppose everything. Republicans also generally refused to wear face masks or take other basic COVID-19 precautions. Policy-wise, others in the GOP insisted on fighting back against vaccinations, which was a particularly strange approach when everybody knew that a COVID-19 vaccine was our best bet to exit 2020’s Groundhog Day-esque existence.

Between the first and second parts of the 2020 legislative session, the world had changed considerably. Democratic lawmakers changed, too, passing a landmark police reform bill in response to worldwide protests about civil rights and equal justice sparked by the police killing of George Floyd in Minneapolis. Yet, the final days of “Legislative Session: Part Deux” were dominated by the familiar asinine antics from Republicans. State Rep. Richard Holtorf mocked lawmakers concerned about their own pre-existing medical conditions. As Kyle Clark of 9News neatly summarized: “…it turned into a battle between legislators who have pre-existing health conditions and another who suggested that they are sissies.”

After a flurry of activity over the course of less than four weeks, the legislature at last closed up the 2020 legislative session on June 15th.

But they weren’t done yet…

Legislative Republicans made a weird attempt later in the summer to convince Gov. Jared Polis to call a special legislative session for the purpose of de-funding public schools. Polis rightfully ignored them, but a special session was called for late November after it was determined that Colorado lawmakers had some unexpected money available to use for COVID-19 relief purposes.

When lawmakers returned to the state capitol on November 30, Republicans were STILL thumbing their nose at science and reality.

Much anti-masking among Colorado House Republicans. This building does not feel very safe. https://t.co/ChbOD6fpHL

The entire episode was a strange political dance; term-limited lawmakers such as House Speaker KC Becker had assumed that their time inside the legislative chambers had ended for good back in June. Both the Democratic and Republican caucuses had elected new leadership after the Nov. 3 election, but those changes wouldn’t take effect until new members were sworn-in to office in January 2021. House Minority Leader Patrick Neville, for example, had lost his leadership position to Rep. Hugh McKean but was still technically in charge of his caucus during the special session.

In three short days, the legislature nevertheless cobbled together 10 different COVID relief bills in hopes of buying Coloradans time while Congress flailed away at providing additional help. Somehow, lawmakers were also able to avoid creating a super-spreader event despite the best efforts of Republicans to ignore safety precautions.

The Colorado legislature won’t reconvene again until the 2021 regular session kicks off on January 13. Probably.