As Denver7’s Robert Garrison reports, the Colorado Supreme Court ruled yesterday on an important constitutional question regarding the Colorado General Assembly’s 120-day legislative session–after being forced to adjourn for public health reasons as the COVID-19 pandemic ramped up, can the legislature get back to work seamlessly once it’s safe, or does a narrow interpretation of the law require the further disruption of normal life in a public health emergency?

The ruling, fortunately, came down on the side of not making it harder for government to do its job:

The Colorado legislature can pause and pick up where it left off when it was adjourned on March 14 due to coronavirus concerns, the Colorado Supreme Court ruled Wednesday.

Under Colorado state law, the legislative session is limited to 120 days unless the governor calls a special session. But in a 4-3 decision, the state’s high court agreed that the days do not have to be counted consecutively during a state of an emergency, meaning the clock on the legislative session has essentially been paused…

With this ruling, the General Assembly will be able to count only “working calendar days” toward the 120-day limit, in the context of this public health disaster emergency.

As Marianne Goodland at the Colorado Springs Gazette reported a week ago when opposing briefs were submitted to the Colorado Supreme Court, this is not the ruling Republicans in the General Assembly wanted:

A brief filed on behalf of all 40 Republican lawmakers from the General Assembly was submitted Tuesday by former U.S. Attorney Troy Eid, a former cabinet official in the Owens administration.

In that brief, Eid argues that the plain language of the state Constitution, as amended by voters in 1988, says the regular legislative session is 120 consecutive days. He also claims Joint Rule 44(g) which lawmakers adopted in 2009 as a way of dealing with a public health crisis, is unconstitutional because it attempts to amend the Constitution. He also maintains that there are already alternative ways to deal with an emergency, such as a special session called by the governor or the General Assembly…

Eid cited a Colorado Springs Gazette editorial on Nov. 5, 1988, that said “at the very least, if you believe the adage that one’s life, liberty or property are safe when the Legislatures is in session, then Amendment 3 would keep us safe for two-thirds of the year.” 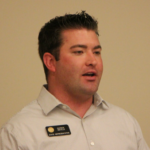 GOP leadership in the House and Senate were in unanimous in saying nay to allowing the session to resume without counting the days missed due to the pandemic–which would just happen to have had the effect of derailing most of the legislative agenda of the Democratic majority ahead of a major election, the Denver Post’s Alex Burness reported late last week:

“In November 1988, the People of Colorado overwhelmingly approved a constitutional amendment to limit their state legislature to no more than 120 general session days each year, with each session ending on a date certain,” [Senate Minority Leader Chris] Holbert said in a statement. “That literally means that legislative days must be counted consecutively.”

After losing their case yesterday, Senate Minority Leader Chris Holbert and House Minority Leader Patrick Neville put out considerably more restrained statements, with Holbert actually claiming to be “grateful” that the Court provided guidance on how to proceed–just the opposite of what he asked for.

Former state Sen. Greg Brophy, however, was not exactly what you’d call restrained. The word is unhinged.

4 members of the CO Supreme Court decided that during a declared emergency, the General Assembly is not bound by the constitution.
By rule, no Gov signature required, they can abridge your rights.
No #2A, no right to vote on tax increases. No rights are safe at all.#copolitics

In the end, what we have here is another striking example of the two very different approaches Republicans and Democrats take to governing, in Colorado and elsewhere. Republicans rely philosophically and in practice on often absurdly rigid interpretations of the law to demand outcomes which are plainly at odds with what should be everyone’s goal: government that functions effectively to meet the needs of the governed.

For everyone who doesn’t want to see government “drowned in the bathtub,” this decision is a big win.