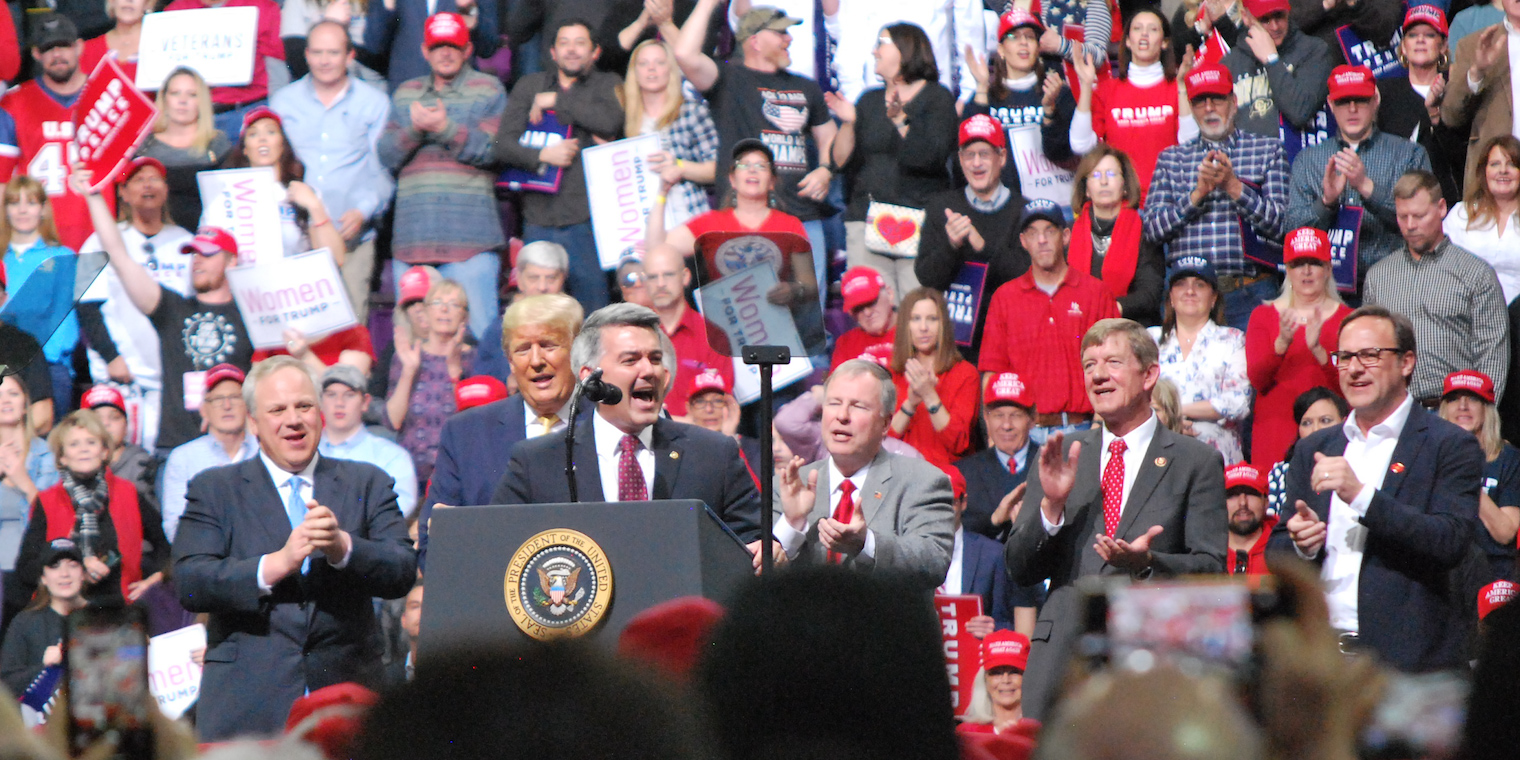 On February 20, President Donald Trump’s re-election campaign held a rally at the Broadmoor World Arena. In typical Trump fashion, the campaign gave out tickets far in excess of the World’s Arena’s capacity, resulting in a large and intentional “overflow crowd” outside of freezing but enthusiastic supporters. Inside, the politician with the most to lose next to Trump himself, Sen. Cory Gardner, swore allegiance once again to the man he had once denounced and called on to pull out of the race for President back in October of 2016.

With the benefit of hindsight, it’s clear today that this Trump’s rally in Colorado Springs in late February was a profound miscalculation. Within a few short weeks of this rally, the COVID-19 pandemic escalated on a trajectory that would lead to the United States suffering more illness and death than any other nation on Earth. Long after the pandemic had taken hold and as Republicans including Gardner tried desperately to pretend they had been worried about the pandemic back when quick action could have saved lives, this rally made a cruel joke of Gardner’s protestations. If you were really worried about the pandemic in January as Gardner claimed, why the hell would you hold a rally with 20,000 people at the end of February?

Politically, this was an event born of pure hubris. The Trump campaign insisted a state he would lose by almost 14 points was “in play,” and dead-man-walking Cory Gardner concluded that appearing on stage with Trump would help Gardner win re-election more than it hurt. As we can say confidently today, that deliberate choice by Gardner was wrong. Ever since Gardner’s narrow victory in 2014, this state has trended bluer in each successive election. In 2018, Colorado Republicans were absolutely demolished at the polls in what was largely seen as a referendum on Trump. If Gardner’s “only path” to survival was to lash himself ever closer to Trump, the truth is Gardner had no path at all.

They’re maybe not all this counterproductive, but here’s one Trump rally that didn’t help anyone except Democrats.