Risky Business: Throwing Trump Under The Bus To Save Gardner?

From time to time over the years, we’ve had occasion to sit back and marvel that the outlandish editorial pronouncements of the devoutly conservative Phil Anschutz-owned Colorado Springs Gazette. From accusing Gov. Jared Polis of “ties to the Ku Klux Klan” for misplaced dramatic effect to their comically absurd hagiographical write-ups about 2018 GOP gubernatorial capital-L Loser Walker Stapleton, we’ve found pretty reliably that editor Wayne Laugesen’s reality-starved opinion pieces are best read with a laugh track playing in the background.

But in today’s Gazette, Laugesen looks to have outdone himself in the over-the-top propaganda department–and that, based on his long record of relentless Pravda-style pro-GOP hype, is no small statement. Had it come five days ago, we might honestly have dismissed this as an April Fool’s Day joke:

“The rapid spread of a respiratory pathogen is a serious concern given our global economy and citizenry, as well as our role as both travel destination and transit hub for the world,” Gardner wrote. He never heard back from Pompeo or Redfield.

Gardner’s warning came as Dr. Anthony Fauci, director of the National Institute of Allergy and Infectious Diseases, and the CDC’s Redfield downplayed the coronavirus threat. The two highly competent men of science relied in good faith on bad information given to them by the Chinese government and the World Health Organization. 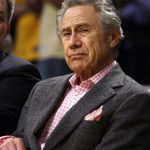 It’s true that Sen. Gardner, in his capacity as chairman of the Senate Foreign Relations Committee Subcommittee On East Asia, The Pacific, And International Cybersecurity Policy, held a hearing back in January on the COVID-19 outbreak. But what’s missing from this narrative is even a peep of criticism from Gardner for these high-level Trump administration officials the Gazette would have us believe blew off Gardner’s supposed alarm bells stretching back to January. If Sen. Gardner was “prophetic” as we’re asked to believe in this editorial about the impending pandemic, why did Gardner host a rally with President Donald Trump attended by thousands of socially undistanced Republicans in Colorado Springs almost a month later?

And where has Gardner been all these months while Trump was telling people COVID-19 would “disappear?”

The whole premise of this editorial defense of Gardner is ridiculous enough that it collapses entirely after one or two basic questions. But for Sen. Cory Gardner, whose staff is eagerly distributing this editorial today via social media, the political danger here could be more significant than being made to look silly. Because in order to credibly give Gardner the kind of lavish praise the Gazette gives him for “warning the Washington establishment, even as the CDC director continued telling us not to worry,” it is necessary to acknowledge the Trump administration’s catastrophic failure to respond to the COVID-19 pandemic. It’s simply not possible to have this both ways.

Folks, President Trump doesn’t like it when his “loyal” Republicans go there.

This editorial might play in Colorado Springs, but Gardner had better hope Trump never sees it.