Republicans Pretend to be Worried About National Debt Again 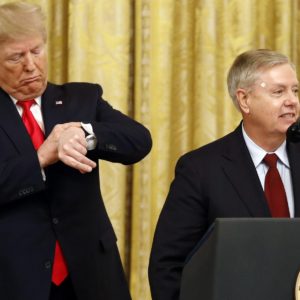 Yup, it’s about that time.

This story from The Washington Post about President-elect Joe Biden’s economic team caught our attention for the ridiculous but altogether predictable move from Congressional Republicans to suddenly pretend to be worried about the national debt again:

President-elect Joe Biden’s choice of economic advisers highlights a commitment to spend whatever is needed to restore a full-employment economy, setting up a clash with Senate Republicans who are sounding alarms over a national debt they helped President Trump increase by nearly $7 trillion…

…Indeed, Sen. Lindsey Graham (R-S.C.), slated to chair the Senate Budget Committee if Republicans maintain control of the upper chamber, told reporters after the Nov. 3 election that he wants to “finally begin to address the debt.”

Likewise, Sen. John Thune (S.D.), the No. 2 Senate Republican, said he expects to focus next year on curbing spending on entitlement programs, adding: “I think that’s kind of getting back to our DNA. … I think spending, entitlement reform, growth and the economy are all things that we’re going to have to be focused on.”

Top Democrats scoff at Republicans’ renewed debt fears after years of their support for Trump’s budget-busting policies. In 2017, for example, every Republican senator voted in favor of the president’s signature tax cut, which added $1.9 trillion to the debt, according to the nonpartisan Committee for a Responsible Federal Budget. [Pols emphasis]

This is an absurd but of political theater that happens every time a Democrat is elected President of the United States: Republicans start clutching their pearls, aghast that the federal government actually cashed all of the ridiculous checks that they signed over the last four years. 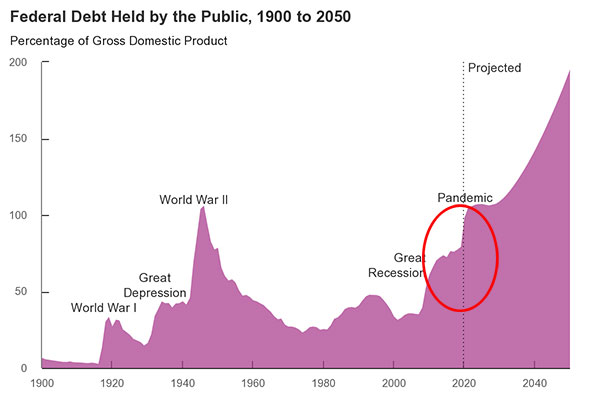 Let’s see, which party was in charge here?

As Chuck Jones wrote for Forbes in September, the national debt is on track to increase more in four years of the Trump administration than in EIGHT years under President Obama:

In Trump’s first three years the deficit increased from $585 billion in fiscal 2016 to $984 billion in fiscal 2019, up 68%, for a total of $2.4 trillion. If the coronavirus had not hit this years deficit was on-track to be $1.1 trillion, per the Congressional Budget Office or CBO, which would then make Trump’s first four years deficits total $3.5 trillion. At $1 trillion or more this would have been the largest budget deficit in history with a growing economy and the largest as a percentage of GDP outside of recessions or World War II.

The numbers don’t lie, even if Republicans will.