Giuliani is explicitly saying that Trump’s goal is to “overturn the election” pic.twitter.com/U2osm6qiC5 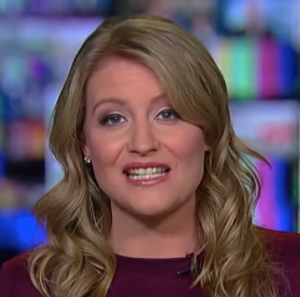 But despite the bombastic headline, not even Fox News was persuaded any such thing is likely to happen based on the information presented:

President Trump’s personal attorney Rudy Giuliani on Thursday aggressively made the case for the Trump campaign’s legal challenge of the 2020 election results, alleging in a firery [sic-Pols] news conference that there was a “centralized” plan to carry out voter fraud around the country.

This is a different approach than the campaign has recently taken in court, where they have primarily focused on the validity of ballots and counts without asserting fraud. While Giuliani did not present any direct evidence of a massive fraud scheme, [Pols emphasis] Giuliani asserted that this is the “logical conclusion” reached as a result of incidents he said took place in several states…

Trump campaign legal adviser Jenna Ellis explained the lack of new evidence at the news conference [Pols emphasis] to support their allegations by saying this was merely an “opening statement,” and that more evidence would be forthcoming in court.

Here’s Jenna Ellis, tearing into the media for failing to give claims of election fraud that no responsible observer or court has found legitimate their due:

“This is an elite, strikeforce team” 😆😭 pic.twitter.com/4YF2fARxgi

ELLIS: The facts matter, the truth matters, and if you are fair reporters you will cover that fairly and appropriately and you will allow coverage of our media team here. And our legal team. That is absolutely shocking that all you cover are around the margins, and I’ve seen all of you taking pictures right now. And I can anticipate what your headlines are going to be. If you are not willing to talk about the evidence that has been presented, then that is absolutely unacceptable for journalistic standards. This is an opening statement, this is something where we have told you what the evidence will show, and we have given you a brief description. That happens in a courtroom all the time, where that’s not the fact-finding process, that is just an overview. That is what we have given you today because the American people deserve to know what we have uncovered in the last couple of weeks. Remember, this is such a short time frame. And this is an elite strike force team that is working on behalf of the President and the campaign to make sure that our constitution is protected. We are a nation of rules. Not a nation of rulers…

No doubt Rudy Giuliani feels gratified being called a member of Trump’s “elite strike force team,” but there’s no more “there” there today in Trump’s fruitless attempts to legally challenge the results of the 2020 elections than there was yesterday. Although Trump’s legal team insists this is all intended to result in the election actually being overturned and awarded to Trump, there is nothing to suggest a coherent strategy to do that is even being attempted–and if it is, it’s failing in court as fast as the half-baked challenges can be filed.

In the case of Jenna Ellis, who hails from Colorado, the motivations for this quixotic PR campaign masquerading as a legal strategy to overturn an American presidential election are more difficult to piece out. Ellis has her own record of highly controversial far-right views on social wedge issues, writing a blog post after the 2015 Pulse Nightclub shooting in Orlando titled “Orlando aftermath – Two wrongs do not make an LGBT Right” arguing that “just because we are all heartbroken…that 50 Americans lost their lives does not mean that America, conservatives, or Christians should become activists for homosexuality.”

Safe to say, Jenna Ellis is not a “kinder, gentler Republican.” But back in 2016 when Donald Trump was just beginning his takeover of the Republican Party, Ellis was something that might have become creditable had she stuck with it–a “Never Trumper.”

Ellis, an attorney and former law professor from Colorado, repeatedly slammed then-candidate Trump as an “idiot,” who was “boorish and arrogant,” and a “bully” whose words could not be trusted as factually accurate. She called comments he made about women “disgusting,” and suggested he was not a “real Christian.”

In one March 2016 Facebook post, Ellis said Trump’s values were “not American,” linking to a post that called Trump an “American fascist.” She praised Mitt Romney for speaking out against Trump, referring to him as “Drumpf,” — a nickname coined by comedian John Oliver after a biographer revealed Trump’s ancestor changed the family’s surname from Drumpf to Trump.

“Why should we rest our highest office in America, on a man who fundamentally goes back and forth and really cannot be trusted to be consistent or accurate in anything,” Ellis said in one April 2016 radio appearance.

It’s a question we’ve asked of so many Republicans who about-faced from naked contempt for Donald Trump to unwavering loyalty, even as Trump spent four years disgracing the office he was elected to over their one-time objections. How do you “evolve” from such strident condemnation to slavish devotion? We don’t expect Jenna Ellis to explain her change of heart any more than soon-to-be ex-Sen. Cory Gardner–but at least in Gardner’s case he has the luxury of dodging the question on his way out the door.

“I appreciate [CNN] showing clearly through past statements that I think for myself, and that my mind was changed based on fact and personal knowledge. President Trump is a sincere Christian, the best president in modern history, and made and kept his promises to the American people. I am proud to stand with him and his goals for the future of this country and all of its citizens,” she said.

It should be noted, finally, that Ellis is not just another staff lawyer filing flimsy cases. As ABC News reported Tuesday, Giuliani and Ellis have effectively wrested control of the entire Trump campaign legal effort:

Over the weekend, Giuliani and his own team of lawyers, which also includes Trump campaign legal adviser Jenna Ellis, attempted what was described to ABC News as an internal campaign “coup”— an attempt to wrestle power away from the current longstanding Trump campaign leadership by claiming the president had given them full control moving forward, multiple sources said…

Ellis told the remaining campaign staff that they should only follow orders from people named “Rudy or Jenna” and to ignore any other directives from campaign leadership, sources familiar with the episode said.

If we’re to believe these reports, Giuliani and Ellis executed a coup within the Trump campaign in order to attempt a coup against the results of the 2020 presidential election. It might not get beyond the press conference phase, and might in the end just be an expensive and extremely damaging method of helping one singularly narcissistic politician cope with defeat. But we’re trying to remember the last time a Colorado political operative was this close to such high-level, high-stakes political intrigue.

Not that that’s good. None of this is good. And the last thing any Coloradan should be is proud.