Get More Smarter on Wednesday (November 11) 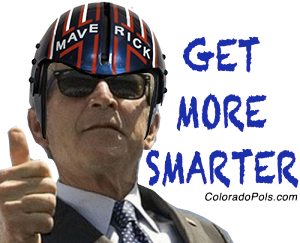 Happy Veterans Day! Let’s Get More Smarter. If you think we missed something important, please include the link in the comments below (here’s a good example). If you are more of an audio learner, check out The Get More Smarter Podcast. And don’t forget to find us on Facebook and Twitter.

► President Trump is still refusing to concede defeat to Democrat Joe Biden, but most Americans are not at all confused about who won the 2020 Presidential election (though many Republicans are yet clinging to a deflated life preserver). As The Hill newspaper reports:

The overwhelming majority of Americans say President-elect Joe Biden won the 2020 presidential election amid unsubstantiated cries of fraud from President Trump, according to a Reuers/Ipsos poll released Tuesday.

The survey, conducted from Saturday afternoon to Tuesday, showed 79 percent of U.S. adults believe Biden is the winner of the presidential election. Approximately 60 percent of Republicans said Biden won.

Even Ben Ginsburg believes it is ridiculous to challenge Biden’s victory. Think of it like two people racing in a 100 meter sprint in front of a packed stadium; it’s hard to keep claiming that the winner of the race was not the first person across the finish line when everybody watched it happen.

Martha McSally, R-Ariz., refuses to concede her election, even though she trails her Democratic rival by a margin which exceeds the total number of outstanding ballots by the thousands.

The Associated Press projected that Senator-elect Mark Kelly, a retired astronaut and the husband of former Rep. Gabby Giffords, D-Ariz., would win the election nearly a week ago. Kelly has already named his transition team, and he’s been assigned temporary office space…

…Though McSally graciously conceded her 2018 race to Sen. Kyrsten Sinema, D-Ariz., she appears to have latched onto President Donald Trump’s baseless allegations sowing doubt in the election result this go around.

We have no doubt that McSally is thoroughly embarrassed at losing two consecutive races for U.S. Senate in Arizona, so maybe this is just her weird way of dealing with failure. Republican John James, who was unable to unseat Democrat Gary Peters in Michigan, is also refusing to concede a Senate loss.

***Here’s a fun trip down memory lane: Former Republican Congresswoman Marilyn Musgrave never conceded her 2008 loss to Democrat Betsy Markey. If Musgrave’s refusal to concede actually meant something, then Republican Cory Gardner could not have gone on to defeat Markey in 2010.***

Meanwhile, as The New York Times reports, another leg of Trump’s precarious fraud stool has been knocked out:

The Postal Service’s inspector general informed Congress on Tuesday that a worker who had made unfounded allegations of ballot corruption inside a facility in Erie, Pa., had disavowed his claims, which Republicans had amplified to suggest there was widespread fraud in Pennsylvania’s voting.

Richard Hopkins, a post office employee in Erie, “completely” recanted allegations that a supervisor was “tampering with mail-in ballots” after investigators questioned him, the inspector general’s office said, according to the Democratic leadership of the House Oversight and Reform Committee…

…The inspector general’s office told Congress that Mr. Hopkins had recanted his allegations on Monday but “did not explain why he signed a false affidavit,” according to the oversight committee’s staff.

If you’re not convinced by that story, there’s more where that came from. The Washington Post breaks down all of the various election fraud claims made by the Trump campaign and associates and notes that NONE of them have been confirmed:

Republicans have made claims of election irregularities in six states where President-elect Joe Biden leads in the vote count, alleging in lawsuits and public statements that election officials did not follow proper procedures while counting ballots in Tuesday’s election. 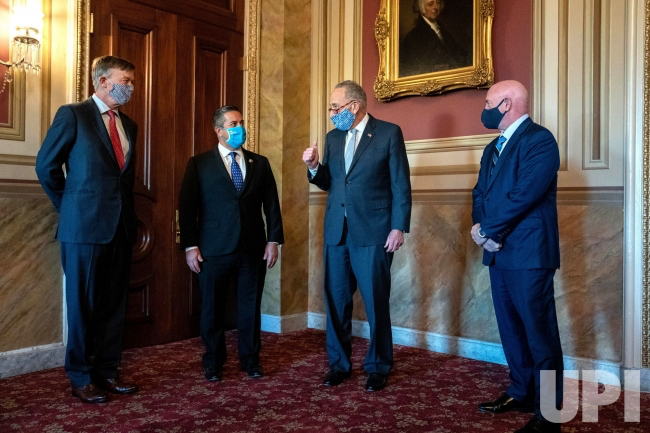 ► As CNN reports, President Trump has been playing hooky from his actual job:

The President of the United States is absent without leave.

President Donald Trump made his first public appearance in six days Wednesday when he visited Arlington National Cemetery for a somber ceremony commemorating Veterans Day alongside first lady Melania Trump and Vice President Mike Pence. He did not speak at the event.

But as he mounts a fierce battle to remain in office and refuses to concede the election he lost, Trump has shown little interest in the work of being President. Since he vowed to fight the election results in the wee hours after Election Day, Trump, who has spent four years producing television moments showcasing his office, has made few efforts to show the American people he is still governing.

Instead, he is firing off inflammatory and baseless claims on his social media accounts, many of which have been flagged by Twitter as misinformation, and hitting his golf course.

► If you are donating money to assist in President Trump’s efforts to challenge the results of the 2020 election, you should know that your money is being used elsewhere. As Talking Points Memo explains:

In reality, there is no election defense fund; the donations are siphoned into a mix of various committees. Up until Tuesday, some of the money was being used to pay down the Trump campaign’s debt. As of Tuesday morning though, the formula was changed to funnel most of the money into Trump’s new leadership PAC called Save America.

“Donors who are giving in response to this urgent fundraising message to help defend the integrity of our election are actually helping fund Trump’s post-presidential political vehicle,” Brendan Fischer, director of federal reform at the Campaign Legal Center, told TPM.

► As POLITICO reports, Trump’s ongoing efforts to pretend he didn’t lose the election have Republicans trapped in a molasses swamp:

It will be nearly impossible for Republicans to alter the outcome or prevent Biden from taking office. Counting all the states where he currently leads in voting, Biden has 306 electoral votes. In Michigan, Biden’s lead at the moment is more than 10 times larger than Trump’s winning margin was there in 2016. To date, Trump’s campaign has yet to produce evidence in any state of the kind of widespread ballot fraud the president alleges.

Yet one week after the election, there is no sign any of that is sinking in. Instead, the controversy seems to be metastasizing within GOP circles, as the party unites behind an idea that threatens to distract Washington and state capitals for weeks amid an ongoing pandemic and a looming transition of government…

…The reverberations are rippling throughout the party, and Republicans who get in the way are getting dragged through the mud.

► Republican Suzanne Staiert, who now goes by the name Suzanne Taheri, was absolutely crushed at the polls in SD-27. Apparently she thought it would be a good idea to write an Op-Ed for The Colorado Sun in which she counts all the ways that she was wronged in 2020. It’s sad.

► Republican Sen. Dan Sullivan has won re-election in Alaska, ensuring that Republicans will hold at least 50 seats in the next Congress.

► State officials in Colorado are reluctant to issue another lockdown order as COVID-19 cases surge to new highs, but they soon may not have a choice. As The Denver Post reports:

Transmission of the novel coronavirus is so rampant in Colorado that local public health officials are asking the state to take more aggressive steps — including county-level stay-at-home orders — to control the spread.

State officials are reluctant to issue another statewide lockdown, preferring local governments to take the lead as Colorado continues to see a record number of new COVID-19 cases and hospitalizations…

…In recent weeks, a flurry of counties, including Denver, Boulder, Broomfield, Adams and Jefferson, have moved to level orange, the second-highest set of restrictions, which cap most businesses’ capacity at 25%.

In an effort to stave off the red level, which brings a stay-at-home order, some local governments, including Denver, have also imposed curfews.

Meanwhile, the State of Texas is the first in the U.S. to surpass 1 million cases of COVID-19. Across the country COVID-19 hospitalizations have reached record levels.

► A can of beer has more empathy than former Republican Senate candidate Pete Coors.

► The race to become the next District Attorney in the 18th Judicial District (mostly Arapahoe County) is still too close to call. Republican John Kellner leads Democrat Amy Padden by about 1,500 votes.

► Douglas County will stick with the Tri-County Health Department through at least 2022. Earlier this year, a group of Republican elected officials in the area tried to convince the county to end its association with Tri-County Health, which was not the wisest idea in the middle of a global pandemic.

► Secretary of State Mike Pompeo told reporters that he was confident there would be a smooth transition of power “to a second Trump administration.” Pompeo is basing this prediction on absolutely nothing, of course.

► As The Washington Post explains, a state lawmaker in Mississippi done messed up his words:

► Eric Trump wants there to be no doubt that he is the dumbest of the Trump children.

► What’s that saying about doing the same thing over and over and expecting different results?

► A new episode will be available soon, but in the meantime check out the interview with Congresswoman Diana DeGette in the most recent episode of The Get More Smarter Podcast.