Former infamously freak-right state Rep. Gordon “Dr. Chaps” Klingenschmitt may have missed out on a bid for El Paso County Commissioner in this year’s troubled Republican assemblies, but that hasn’t stopped him from living large–sort of, anyway: 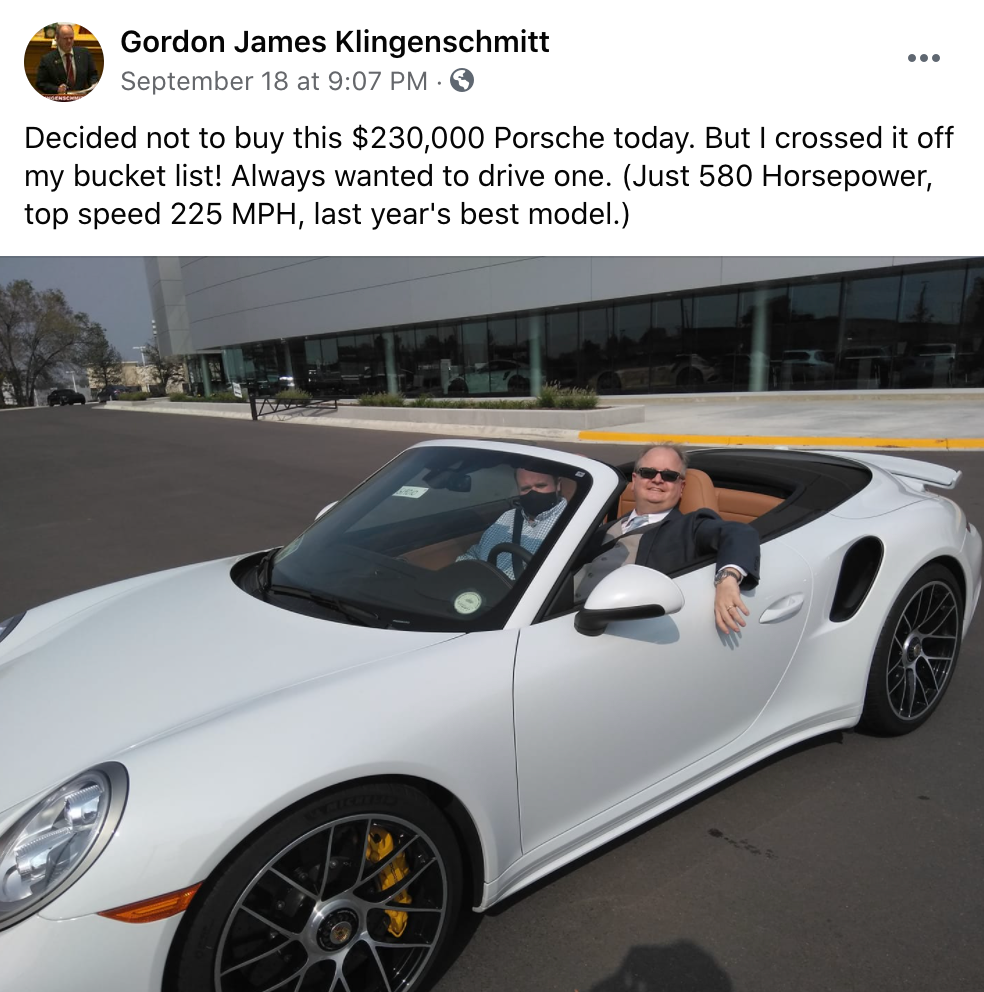 Reportedly, Klingenschmitt’s online “ministry” of Youtube sermons and interviews was at least at one point a fairly lucrative gig–probably not $200,000 Porsche lucrative, though, and we suspect that since Klingenschmitt’s self-engineered removal from legislative office his star power has dimmed considerably. Better luck next primary, we guess.

Who do we sympathize with? That poor car salesman, fully aware that he is, as they say in the retail automotive business, “schlepping a lookie-loo.”