I have the great honor to announce that I’ve picked @KamalaHarris — a fearless fighter for the little guy, and one of the country’s finest public servants — as my running mate.

UPDATE: Per CNN, California Rep. Karen Bass has been informed that she is NOT the choice. According to The New York Times, it’s also NOT Michigan Gov. Gretchen Whitmer. 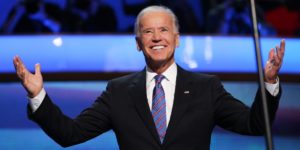 Democratic Presidential candidate Joe Biden has apparently selected his running mate and soon-to-be nominee for Vice President. He just hasn’t told us who it is.

As CNN reports, Biden has informed senior staff members on his campaign about his selection, with an announcement to come as soon as today. Earlier today, Biden’s campaign unveiled the top staffers for the VP-to-be. Whomever Biden selects, there’s no arguing that his campaign played up the suspense and expectations brilliantly.

Readers of Colorado Pols have consistently expressed the belief that California Sen. Kamala Harris will be the pick. We’ll find out soon if those predictions hold true.