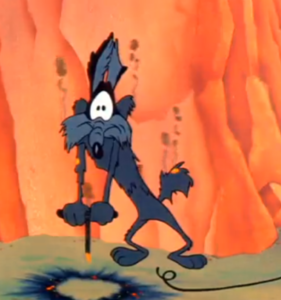 President Trump has been on a rampage in recent months warning anyone who will listen about how an increase in mail balloting will lead to rampant election fraud. When asked for specific evidence about the existence of mail ballot fraud, Trump usually just throws out the first random numbers that pop into his head and then changes the subject.

The real reason that Trump is worried about an increase in mail balloting is because of his belief that more people voting will lead to fewer Republicans winning elections. There isn’t much evidence to support this claim, either, but Trump rarely concerns himself with “facts.” Yet as The Washington Post reports, Republicans are growing increasingly concerned that Trump’s anti-mail ballot rhetoric is going to suppress voter turnout AMONG REPUBLICANS:

President Trump’s unfounded attacks on mail balloting are discouraging his own supporters from embracing the practice, according to polls and Republican leaders across the country, prompting growing alarm that one of the central strategies of his campaign is threatening GOP prospects in November. [Pols emphasis]

Multiple public surveys show a growing divide between Democrats and Republicans about the security of voting by mail, with Republicans saying they are far less likely to trust it in November. In addition, party leaders in several states said they are encountering resistance among GOP voters who are being encouraged to vote absentee while also seeing the president describe mail voting as “rigged” and “fraudulent.”

As the Post notes, worried Republican officials are now scrambling to promote mail balloting via mailers and Facebook ads so that their own supporters don’t lag behind. Trump’s mail ballot scare tactics have largely just confused GOP voters:

In the process, some Republican officials have tried to draw a distinction between “absentee ballots,” which Trump claims are secure, and “mail ballots,” which he has repeatedly attacked. The terms are typically used interchangeably. [Pols emphasis]

Alabama Secretary of State John Merrill, describing a recent meeting with a group of Republican voters in Fort Payne, said he felt compelled to explain that there is only one kind of mail-in voting in Alabama, and that it is safe and secure.

“They were confused about two different kinds of mail-in balloting,” he said, “where one is ‘good’ and one is not.”

Colorado Sen. Cory Gardner (R-Yuma) has been reluctant — as he is on every issue — to disagree with Trump. As Colorado Public Radio reported in June, Gardner had this to say when asked about whether he agrees with Trump’s mail ballot concerns:

Colorado Sen. Cory Gardner, a couple of weeks after the passage of the CARES Act, said that it should be a state decision.

“Washington, D.C. should not run the state’s elections,” he told Politico. “If a state determines that’s the way it wants to go, a state should make that decision.” [Pols emphasis]

Colorado first went to an all-mail ballot format in 2014 — the same election cycle in which Gardner was elected to the U.S. Senate. It is a delicious irony that Gardner’s toady tendencies are only hurting his own re-election efforts six years later.