Every Coloradan Knows Trump Is Lying About Mail Ballots

There is NO WAY (ZERO!) that Mail-In Ballots will be anything less than substantially fraudulent. Mail boxes will be robbed, ballots will be forged & even illegally printed out & fraudulently signed. The Governor of California is sending Ballots to millions of people, anyone….. 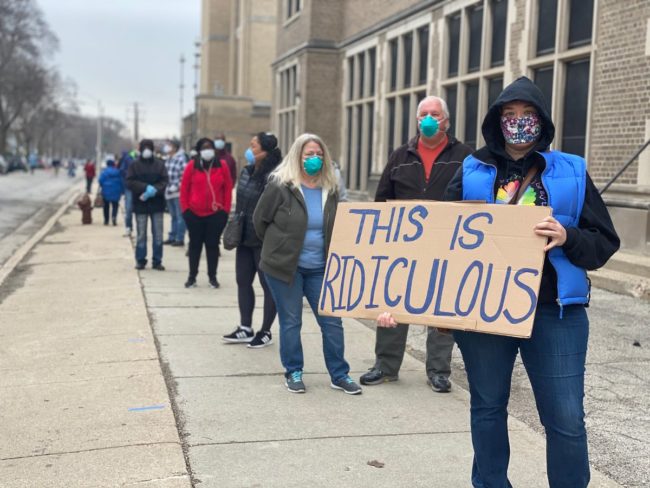 In Sunday’s Denver Post, reporter Saja Hindi examined in depth the recent notoriety of Colorado’s mail ballot election system, which drove the state’s voter participation rate to among the highest in the nation and is now considered a model for safely carrying out elections in the age of coronavirus–a prescient story considering President Donald Trump’s Tweet storm on the subject this morning (above):

By early April, a third of states had contacted Colorado Secretary of State Jena Griswold for advice as they tried to build their own systems before the November election. By the second week in May, election officials in all 50 states were on calls with each other about the possibility of all-mail elections. The National Vote at Home Institute rolled out a 50-state analysis and plan to expand vote-at-home policies. Griswold, a Democrat, has advocated for expanding Colorado’s system across all 50 states so every eligible voter can cast a vote during the pandemic.

Still, partisanship and misinformation may prevent many states from making changes…

Among the local Republicans cited in this story as a supporter of mail ballots is the immediate former Colorado Secretary of State, Wayne Williams, who evolved from melodramatic warnings that “union bosses” would manipulate mail ballot voters when the law was passed to one of mail balloting’s more enthusiastic defenders:

In the 2018 election, Colorado forwarded only 0.0027% out of 2.5 million ballots for fraud investigation, Griswold said…

Many Colorado Republicans such as former Secretary of State Wayne Williams are also advocates of mail voting, though Republicans opposed the effort in 2013. Paper ballots, signature verifications, a risk-limiting audit and voter list checks make it safe, supporters say.

It’s true that Colorado Republicans including former Secretary of State Williams vehemently opposed mail ballots when they were originally made the standard method of voting in in this state in 2013. But since then, three statewide general elections and many more local elections have proven that the system works very well, and reliably catches the tiny fraction of fraud attempts–a number insignificant in comparison to far greater voter participation. The victory of Sen. Cory Gardner in 2014 serves as proof that Republicans can still win a mail ballot election. Voters in both parties love the convenience, and the proof is in Colorado having some of the highest rates of voter participation in every election.

This year, the bipartisan Colorado consensus that mail ballots work is colliding head-on with President Trump’s insistence that mail ballots like we have used for years now would produce a fraudulent result if implemented nationwide. Colorado voters, and more to the point Colorado Republicans, know this isn’t true. And the real truth is even worse for them: the anecdotal incidents of attempted fraud that are identified in Colorado almost always turn out to be Republican perpetrators, such as former state GOP chairman Steve Curtis.

With all of this in mind, don’t Colorado Republicans have an obligation to publicly repudiate President Trump’s misinformation about Colorado’s ballot system? Are they going to stand idly by while the President makes allegations they know from their own experience are false–and could undermine public confidence in the 2020 elections?

It’s not the first test of loyalty versus truth for local Republicans, but this November it could be their greatest.