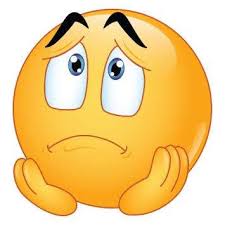 Once upon a time, Club 20 was one of the more influential political groups in the State of Colorado. Formed in 1953 as a coalition of Western Slope business leaders, Club 20 eventually came to represent the interests of 22 rural counties in Western Colorado. The annual Club 20 debates, which took place in August of every election year, were a consistent stop on the campaign trail for candidates from both political parties.

As The Grand Junction Daily Sentinel reports, the top statewide Democratic candidate in Colorado is skipping the Club 20 debate for the second consecutive election cycle:

The Hickenlooper [for U.S. Senate] campaign confirmed in an email Wednesday that Hickenlooper will not attend the Club 20 debate — Gardner has said he would — saying that Grand Junction voters would be able to watch a live Oct. 13 debate in Fort Collins that is being sponsored by several media outlets, including the Grand Valley’s two television stations.

The campaign for Sen. Cory Gardner (R-Yuma) has not yet agreed to the Oct. 13 debate in Fort Collins, but this is more about Club 20 than it is about a debate schedule. As we wrote in February 2019, Club 20 has permanently branded itself as politically-hostile to Democrats and more trouble than it is worth to engage:

Club 20 has long presented itself as the voice of the Western Slope, which might have been true at one point; but in the last several election cycles, Club 20 has consistently favored right-wing candidates and oil and gas interests at the expense of all other constituents. When Club 20 zigged right, it never bothered to turn around to check if anyone else was following along. It is true that the annual Club 20 debates were once a key date on the election calendar; people also used to wear leg warmers in public. Things change.

Last summer, Club 20 complained loudly about Polis’ decision to skip their gubernatorial debate – at one point, calling the decision “simply outrageous” – but the absence of the Democratic nominee did little to hurt his General Election hopes. The Republican Governor’s Association later tried hard to spin the Club 20 snub as a broader diss of the Western Slope…which also went nowhere.

During the 2018 election, the campaign of Democratic gubernatorial candidate Jared Polis raised a few eyebrows by skipping the Club 20 debates. Club 20 was very sad about this decision, but the election results validated the decision by the Polis campaign. Polis went on to defeat Republican Walker Stapleton by 11 points; final results showed that Polis was competitive in Western Colorado despite Club 20’s frantic fist-shaking.

Results from the 2018 Governor’s race in Colorado, via The New York Times

As Charles Ashby writes for the Daily Sentinel, Club 20 at least seems to understand that it has no political leverage anymore:

Still, Club 20 Executive Director Christian Reece is holding out hope that Hickenlooper might change his mind, saying she doesn’t want to see a repeat of two years ago when Democrat Jared Polis declined to debate Republican Walker Stapleton during the Club 20 fall meeting in the 2018 gubernatorial race, which Polis won.

“This is going to be the only debate in western Colorado,” Reece said. “I appreciate that you don’t have to have western Colorado to win statewide election, but in order to be a good elected leader, you have to represent the entire state and not just the Denver metro area.”

You’ll notice that this language is much softer than the “simply outrageous” tone taken by Club 20 after Polis dissed the group in 2018. As we wrote in this space in 2019, Club 20 isn’t “Western Colorado” — it’s just a group of people IN Western Colorado. Democratic candidates like Polis and Hickenlooper don’t need to go through Club 20 in order to talk with Western Slope voters.

There will no doubt be a few Republicans who will again declare that snubbing Club 20 is a diss to all of rural Colorado, but as we saw in 2018, Colorado voters aren’t listening.

Colorado has changed a lot in recent years. Club 20 has not. Sometimes it’s just that simple.