Biden Does What Gardner Tries to Do 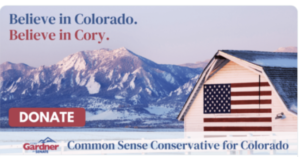 As we’ve discussed in this space before, Senator Cory Gardner (R-Yuma) is largely basing his re-election campaign on a vague string of words about how he “believes” in Colorado and “believes” in America, and therefore, you should “believe” in Cory Gardner. It’s a very shallow and silly approach to a re-election campaign, but when your polling numbers are in the toilet and you have fully embraced the worst President in American history, offering mindless platitudes is about all you have left. If we were Gardner, we’d be freaking out, too.

Gardner’s “let’s believe in each other” nonsense doesn’t work for a lot of reasons — he’s not a believable messenger, for one thing — and it misses the kind of personal touch that a better politician can provide. Which leads us to this story from The Washington Post:

Joe Biden just rolled out a new television ad that will air in a state that a Democratic presidential candidate has not won in 44 years — Texas. The ad makes no mention of President Trump. It doesn’t show footage of Trump for even one second.

Yet the minute-long spot makes a very powerful case against Trump precisely because it does not do either of those things.

This paradox reflects a particular reading of this political moment by the Biden team — and a fundamental truth about this campaign.

Amid truly extraordinary times — a rampaging pandemic, deepening economic misery, some of the most wrenching civil tensions in a half century — the president of the United States has proved utterly incapable of speaking to the nation about any of it in a manner that demonstrates even a shred of basic humanity.

Given these circumstances, Biden has an opening to step up and merely show the country, through his own conduct, that it doesn’t have to be this way.

It’s a fascinating story by itself that Biden’s campaign is advertising in Texas, where Republican Presidential candidates have long been thought to be completely safe. But the ad itself is worth a watch. This is what Gardner is TRYING to do; Biden just does it better.