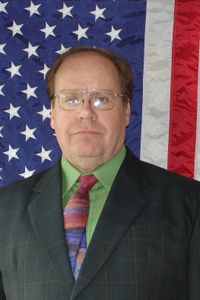 Marianne Goodland of the Colorado Springs Gazette’s political blog reports, the snakebit follies of Adams County Republicans in House District 34 continue as the party announces they will not support the winner of the primary election in that district, Mark Bromley:

The House District 34 Republican Central Committee announced recently it would not support the winner of the June 30 primary, Republican Mark Bromley of Northglenn.

The July 3 announcement cited Bromley’s threats against fellow Republicans and other candidates, and his “abject failure to exhibit beliefs that are consistent with the Republican platform, along with his indecent means of doing so.”

Those threats and other comments came through a series of now-deleted Facebook posts in which Bromley called a home-schooling parent “Home Hitler.”

Not that we would endorse characterizing home-school parents or most anyone else as a “_____ Hitler” unless they are, you know, actually a Nazi–which does happen, of course–but it’s especially bad for Republicans seeking higher office to refer to home-school parents as Nazis, since that’s an overwhelmingly Republican constituency. There’s nothing to suggest that Bromley is a moderate when it comes to education or any other issue, since he avidly promotes all of the current Republican conflict theories and even calls himself a supporter of homeschool education.

It appears that Mark Bromley is just an asshole, to friend and foe alike.

House District 34, in theory a competitive district, has been a frustration for Colorado Republicans since they were handed the seat by outgoing Rep. Steve Lebsock–who switched to the GOP as a parting shot to Democrats after being expelled from the House for his unrepentant sexual harassment. Lebsock’s GOP-appointed replacement Rep. Alexander “Skinhead” Winkler served one of the shortest terms in state legislative history before losing the seat by a wide margin in 2018 to the current incumbent Rep. Kyle Mullica. Mullica, who distinguished himself in his first term fighting to improve Colorado’s dismal child vaccination rate against thoroughly unhinged opposition, was in a good position to hold this district for Democrats comfortably going into November of 2020.

With Republicans now fleeing their own nominee, the anti-vaxxers are going to be sorely disappointed.