“Today’s unanimous decision by the United States Supreme Court reaffirms the fundamental right to vote of every American and ensures that when we cast a vote for President of the United States, our voices will be heard. The will of a few unelected presidential electors should never supersede the will of the people, and today’s landmark decision rightly protects Americans’ right to vote and to self-governance. The fact that the Justices were unanimous in their decision further illustrates their realization that electors not bound to the will of the people needlessly opens up our entire election system to corruption and outside influence. I applaud the Court’s decision and am thankful that the Justices were willing to hear the case and make a determination in time for the 2020 General Election, which will give every voter the peace of mind that they will have say in who gets elected to be our nation’s next president.”

“Today, the U.S. Supreme Court unanimously affirmed that the States, and the States alone, have the exclusive authority to appoint and, if necessary, remove presidential electors when they violate their pledges. The Court’s historic opinion ensures that presidential electors will follow State law when they cast their Electoral College ballots in presidential elections and not act as free agents. With this issue decided before the 2020 election, we can avoid uncertainty, chaos, and confusion in the Electoral College, and protect our nation’s democratic principles and system of stable governance.” 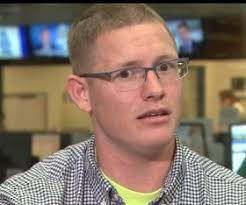 The Denver Post reports on a unanimous 9-0 smackdown delivered by the U.S. Supreme Court to Colorado’s “faithless electors,” overturning a lower court ruling that threatened chaos in the upcoming presidential elections and helping ensure that the nation’s creaky Electoral College system holds together:

In the unanimous decision based on a Colorado case, Justice Elena Kagan wrote that nothing in the U.S. Constitution prevents states from punishing so-called faithless electors — members of the Electoral College who do not vote in accordance with the people of their state.

The decision comes four months before the next presidential election.

Colorado’s case concerned several electors who tried to vote for Republican John Kasich instead of Hillary Clinton — the state’s winner — in 2016 in an effort to keep Donald Trump from becoming president. One of the electors, Micheal Baca, was punished for his dissension.

Baca and his attorneys had argued the state had no power to punish members of the Electoral College, who are free agents with the power to vote for whomever they choose. When the case was argued before justices May 13, two questioned whether Baca could have voted for Frodo Baggins or a giraffe is he wanted to.

Former Republican Secretary of State Wayne Williams was severely exercised over the effrontery of Colorado’s “faithless electors,” and today’s decision certainly represents a vindication for Williams on this matter as well as his Democratic successor who agreed on the question of whether electors could be replaced, locked up, etc. if they refuse to carry out their sworn responsibility. A contagion of faithlessness that might have arisen after the practice was legitimized would have piled yet another destabilizing factor on an already very contentious election, so everyone who comes down on the order side of the essential order versus chaos debate can breathe a sigh of relief.

With that said, the unanimous decision to provide certainty to this one component of the Electoral College shouldn’t be interpreted as a unanimous endorsement of the entire undemocratic system, which delivered Donald Trump to the White House in 2016 despite losing the national popular vote by unprecedented millions. We’re still talking about the mechanics of a system meant to unequally weight the votes of supposedly equal Americans, and that system in a much more general sense is up for a vote this November in Colorado.

If “faithless electors” endanger democracy, let’s apply the same test to the Electoral College as a whole.