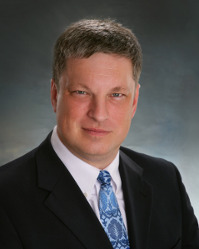 The Colorado Independent’s Corey Hutchins reports on a lawsuit filed by two Colorado members of the Electoral College, both Democrats, seeking to switch their votes to a Republican candidate other than Donald Trump in a last-ditch bid to deny Trump the presidency:

Two of Colorado’s nine national electors are taking Colorado to federal court today, challenging a law that requires them to cast their Electoral College votes for Hillary Clinton since she won the state.

In the lawsuit, the first of its kind, according to Electoral College experts, the electors argue the U.S. Constitution allows them to vote their conscience instead of being bound by a decades-old state statute to vote for the candidate who won the state— Clinton, in this case. All 538 national electors will cast their official votes for president in their respective state capitols on Dec. 19.

Colorado’s Republican Secretary of State Wayne Williams fired back with a statement that could be the most strongly-worded of his political career:

Instead of honoring the will of the Coloradans who voted for them, these two faithless electors seek to conspire with electors from other states to elect a president who did not receive a single vote in November. Indeed, the very Federalist 68 they cite cautions us that “every practical obstacle should be opposed to cabal, intrigue, and corruption.” Yet that is exactly what the electors here have succumbed to: cabal, intrigue and corruption. The court should reject this illegal conspiracy.

Make no mistake, this is not some noble effort to fight some unjust or unconstitutional law; rather, this is an arrogant attempt by two faithless electors to elevate their personal desires over the entire will of the people of Colorado. And in so doing, they seek to violate Colorado law and their own pledges. The very notion of two Colorado electors ignoring Colorado’s popular vote in an effort to sell their vote to electors in other states is odious to everything we hold dear about the right to vote. It is this type of evil that President Franklin Roosevelt warned us about when he cautioned that voters — not elected officials such as these faithless electors — are “the ultimate rulers of our democracy.”

Ouch! Do you think he’s mad?

It’s very unlikely that this attempt will succeed of course–and given the ugly potential consequences of the Electoral College upending the will of the voters in this manner, we’d say that most Americans, even the majority of Americans who voted against Trump, would not want this if they thought it through. A more legitimate method of denying Trump his Electoral College victory is through the recounts proceeding in several “Rust Belt” states, and that effort does not appear to be headed for success either.

With that said, one way this suit could be impactful to future events is to further delegitimize the Electoral College system in general, exposing another defect in a system widely criticized after a second Republican won the presidency while losing the popular vote. In Trump’s case, we’re talking about losing by millions of votes, and causing more Americans to question the process than ever before.

Bottom line: when both sides game the system, one to win and the other to try to stop them, maybe it’s the system that’s the problem.