Be the Election Judge… Be the Poll Watcher… Be the eyes… for the upcoming general election in November. 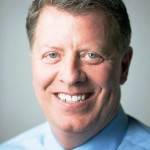 Brought to our attention by the Denver Post’s Justin Wingerter, this is Republican CD-6 congressional candidate Steve House calling for poll watcher volunteers to assist his campaign in November in the likely event he wins the nomination tonight to challenge incumbent Rep. Jason Crow.

The rough quote “it’s not the votes, it’s who counts the votes” is dubiously attributed to Joseph Stalin, and there is only scant evidence that he ever said this or anything similar enough to be attributable. But it does betray a certain…distrust out of the gate for the system which doesn’t seem in good taste for any mainstream candidate. From the point of view of a candidate running for election, we’d say it’s absolutely “the votes” that count, and not–at least not in America–the counting.

But if you don’t have the former, it’s fashionable to complain about the latter.