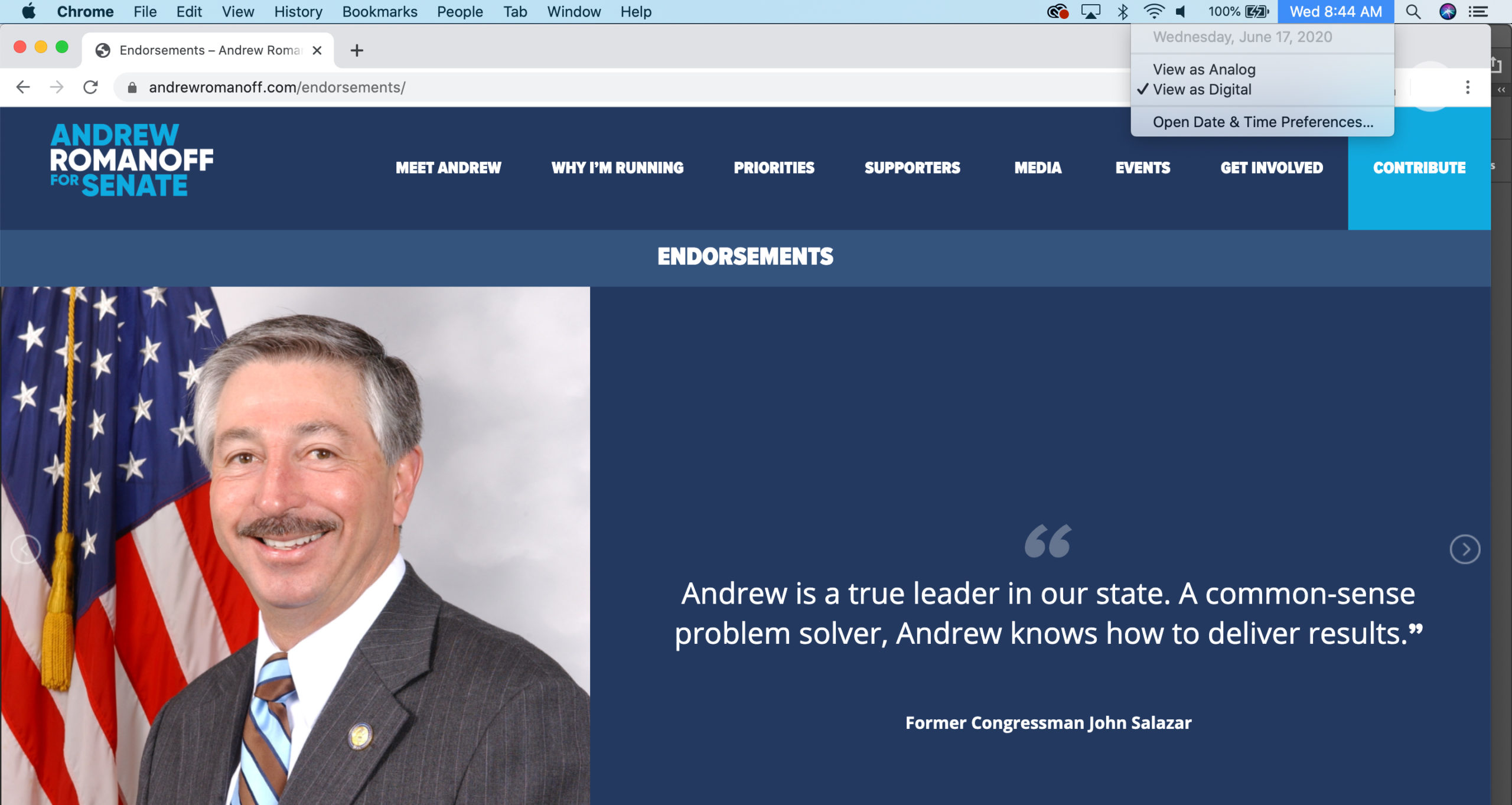 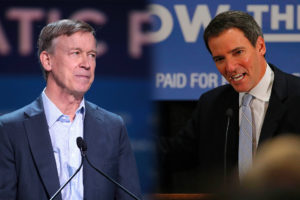 Two new stories today highlight what former Gov. John Hickenlooper’s supporters hope is the start of a righted narrative for the candidate who has for months been cited as the presumed frontrunner in the Democratic Senate primary to take on Sen. Cory Gardner in November. The first is a switch of support by former Congressman John Salazar from support for underdog Andrew Romanoff to Hickenlooper, as reported by Ernest Luning of the Colorado Springs Gazette:

“I’m proud to announce my endorsement of my friend John Hickenlooper,” Salazar said in a statement. “He’s someone who knows how to bring people together to get things done on behalf of all Coloradans, and he’s the right choice to defeat Senator Gardner and bring change to a broken Washington.”

Losing Rep. Salazar’s support is a substantial blow to Romanoff’s campaign, who is already struggling to attract support from Latino voters due to his principal responsibility for an anti-immigration special session of the state legislature while he served as Speaker of the House. And as CBS4’s Shaun Boyd reports, another important constituency to any Democratic primary is reaffirming their support for Hickenlooper–with what can only be called a justifiable warning:

The Ministerial Alliance considered pulling its endorsement but Demmer says the African American ministers decided to stand by Hickenlooper because he’d stood by them.

“Testimony after testimony, that when I needed somebody to be there, John Hickenlooper was there. He believes black lives matter, he’s just sometimes not articulate,” said Demmer. “I think that our message to the governor is we’re with you but you’ve got to stop fumbling because if you fumble too much it will cause us to lose the game.”

Gov. Hickenlooper entered the Democratic Senate primary with powerful advantages in terms of name recognition, positive approval with a large swath of Colorado voters, and campaign experience to run and win a marquee U.S. Senate race. With the incumbent down by double digits and the political environment trending heavily against the GOP in 2020, Republicans need a perfect storm of destruction for Democrats in order to have any hope of saving Gardner’s seat.

On the ground in Colorado, this has manifested in the form of perhaps the most blatant opposite-party primary meddling we’ve seen here since Democrats took power in the state 15 years ago. Republicans have made absolutely no secret of their preference to run against somebody other than Hickenlooper, and have thrown the kitchen sink one-sidely in the primary in a clear broadcast of their own desired outcome. The latest transparent indicator of this came this week as Republicans shifted ad buys that would have originally begun after the June 30 primary to the present in order to influence Democratic primary voters.

Over the past few weeks, Republican targeting of Hickenlooper cheered on by his primary opponent has become extremely intense, and at this point no one can argue that Hickenlooper has responded well in every situation. Self-inflicted wounds from Hickenlooper’s poor handling of what turned out to be relatively minor ethics commission fines over travel he took as governor stand in contrast to the swift apology Hickenlooper offered over a video that “resurfaced” this week of Hick making a regrettable analogy about Roman galley slaves six years ago. As governor, Hickenloooper’s periodic gaffes and fumbles drove his staff crazy–even as it contributed to an authentic public persona that has in the end paid more political dividends for Hick, at least locally, than it has hurt him.

“This is political correctness at its worst. This is a teachable moment. Slavery not just the purview of black people,” said Brother Jeff…

All of this leads to the inevitable question–how much will this admittedly very rough patch of the campaign hurt Hickenlooper in the long run? At this point, Hickenlooper’s built-in advantages of high name ID and years of positive approval from voters remain the decisive factors in our view. Once Hick wins the primary, and he remains by every available metric the most likely winner, he will have the much-needed chance to reset his message around preventing Donald Trump and Cory Gardner from winning another term in office.

Be assured, no one wants to get to that part faster than John Hickenlooper.