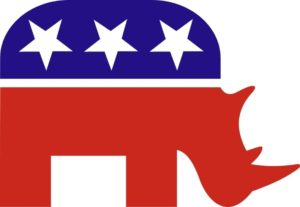 The Colorado Citizen Press, a blog associated with the activist/fundraising complex administered by the Neville clan, is hopping mad about spending in Republican legislative primary races connected to Unite America–the controversial organization once known as the Centrist Project that fielded a slate of unsuccessful “independent” legislative candidates in 2018. The organization in the end was better causing headaches for mainstream candidates in swing districts than actually electing its own people, so in 2020 they’re back with a new approach–messing around in Republican primaries.

Which feels right, literally and figuratively, after the experience with this group in 2018:

That’s right, New York liberal Kathryn Murdoch contributed millions of dollars to a progressive centrist group called Unite America, where she serves on the board. She worked for the Clinton Climate Initiative for years, as well as other progressive groups. She even donated $88,400 to the Hillary Victory Fund.

Back in 2016, as readers will remember, former GOP Congressman Bob Beauprez organized a nonprofit political group whose primary purpose turned out to be attacking conservative Republican primary candidates. That tight focus on electioneering resulted in an embarrassing court ruling against the group, Pioneer Action, in the course of which a further embarrassing connection to the Colorado Springs Gazette was identified that has helped keep bad blood flowing between the Colorado Republican Party’s corporate and right-wing activist factions.

Beauprez’s effort to purge the GOP of immoderate figures not only failed but led to increasing control by conservative activists of the state party infrastructure. Hard-right candidates who survived this purge helped provide Pat Neville with a base of support in the House minority caucus that has endured catastrophic defeat in 2018, failed reprisals against Democrats in the 2019 recalls, and ongoing embarrassment for Republicans everywhere as Neville’s wacky politics seize hold of the GOP brand.

With this in mind, we feel pretty confident that Unite America pushing “RINO” candidates on the restive Colorado Republican base, like Beauprez’s attempted party purge in 2016, is just going to piss them off. Kathryn Murdoch, Rupert Morduch’s “radical centrist” daughter-in-law, is set to be the next high-handed conservative to see the lurch right in Colorado as harmful to the long-term viability of the Republican Party, throw money at the perceived problem, and then realize in dismay that the patient doesn’t want to be cured.