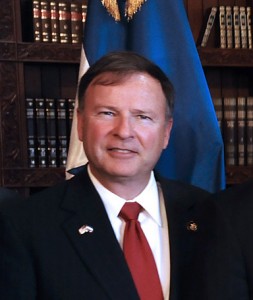 U.S. Reps. Doug Lamborn and Ken Buck signed on to a letter to the Trump Administration on Tuesday advising against a suspension of the ban on fetal tissue research — which they described as “research using aborted baby body parts” — in pursuit of a treatment for COVID-19.

“Aborted fetal tissue from ongoing abortions, however, has never been used in the production of a single vaccine,” reads the Lamborn-led letter, which over 120 Republican House members co-signed. “While a few old cell lines derived from abortion in the 1960s and 1970s continues to be used for a small handful of vaccines, most vaccines today use more efficient, modern cell lines and production techniques.”

Except, well, that’s not exactly, you know, accurate:

The Kennedy Institute of Ethics at Georgetown University notes that some vaccines to prevent rubella, measles, rabies, poliomyelitis, hepatitis A, chickenpox and smallpox use tissue from abortions. Scientists seeking to use fetal tissue in mice to create more realistic trials of potential COVID-19 treatments on humans have run into a 2019 federal ban on using donated tissue…

Obviously, we’re not infectious disease research experts, and are in no position to comment one way or the other about the efficacy of fetal tissue in research to combat the COVID-19 pandemic. We have no problem admitting this up front so you know where we’re coming from.

What we do know is that Reps. Doug Lamborn and Ken Buck are not qualified scientists either, and themselves have no clue or concern whether fetal tissue could be useful in life-saving COVID-19 research. For both of them, this is just another opportunity to recite a gruesome pre-existing litany of misleading talking points about so-called “baby body parts” in medical research–the same stuff that motivated a psycho named Robert Dear to open fire at a Planned Parenthood clinic in Colorado Springs a few years ago.

If you’re asking the obvious question, “Really? Can they not? At least not right now?”

We’re sorry to inform you they will never miss the chance.