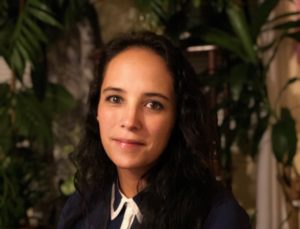 As the Denver Post’s Justin Wingerter reports, yesterday’s deadline to submit petition signatures in the Democratic U.S. Senate primary appears to have winnowed the clown-car field of minor candidates in this race by a couple of entries–with a notable exception we don’t want to give short shrift:

After weeks of uncertainty and difficulty brought about by coronavirus, Colorado candidates for U.S. Senate ran into a crucial signature-gathering deadline Tuesday with varying success.

Lorena Garcia turned in more than the necessary 10,500 signatures, but the secretary of state’s office must see whether she has enough valid ones to join John Hickenlooper and, in all likelihood, Andrew Romanoff on the Democratic primary ballot. Two other candidates turned in fewer than the required number of signatures.

“We didn’t make it, and we would have if it was not for coronavirus,” said Michelle Ferrigno Warren, who said she collected about 9,000 signatures…

Senate “candidates” Michelle Ferrigno Warren and Diana Bray both fell short in terms of the absolute number of signatures required, which in any normal situation would mean unceremonious “game over.” It’s unknown how they fared with the secondary requirement that at least 1,500 valid signatures be collected from each of Colorado’s seven congressional districts, but the latter is in practice the greater logistical challenge–and, well, we doubt this important requirement was met either. As for blaming the coronavirus, while it’s true that the curtailment of public activities in the days immediately before yesterday’s deadline likely had some effect, we have trouble believing it was the real cause of the shortfall in these two particular cases. There’s no nice way to say this, but these simply were not viable candidates for the U.S. Senate.

The exception we’re obliged to make here is the one candidate who did turn in enough signatures yesterday to make the ballot–albeit barely, with a chance of disappointment if the validity rate doesn’t hold. Lorena Garcia, a Denver-based nonprofit executive and Latina activist, turned in almost 14,000 signatures. We can’t speak to the petition efforts mounted by the candidates who didn’t meet the threshold, but in Garcia’s case her field campaign deserves credit for working the lines aggressively at Democratic presidential campaign stops and other recent events. In the event Lorena Garcia does make the primary ballot, she introduces an unpredictable element to a race that was headed for a repeat of the 2010 U.S. Senate primary–in which Andrew Romanoff was defeated by his better-funded opponent Michael Bennet.

Garcia has consistently appealed to the left wing of the Democratic primary electorate, and has directed quite a bit of fire at Andrew Romanoff in particular over Romanoff’s role in the controversial 2006 special session of the Colorado legislature to pass anti-immigrant legislation–which Romanoff has only recently apologized for, and is one of the principal holes in Romanoff’s claim to be the “progressive champion” in the race.

Whether she’s a spoiler or a progressive alternative, if Garcia does make the ballot she’ll earn a second look.