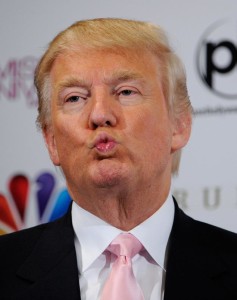 As the Colorado Springs Independent reports:

[T]he Center for Public Integrity notes that Trump, who frequently frames himself as a champion of law enforcement, has left at least 10 cities holding the bill for nearly $1 million in public expenses, including police support, for his campaign events since 2016.

But Trump’s campaign won’t have to worry about stiffing the city of Colorado Springs or El Paso County for traffic control, police presence or other help with his Feb. 20 rally at The Broadmoor World Arena.

That’s because the city and county provide such services gratis to political candidates. Or at least that’s what officials tell the Indy on the eve of Trump’s first appearance here in the 2020 campaign cycle.

As readers know, the subject of reimbursement of local governments for the often-considerable expense of providing police and other municipal services for visiting political campaigns has been a hot-button issue in Colorado recently. Last July, the Pitkin County sheriff was obliged to go public with his attempts to collect for services rendered at a Mike Pence fundraiser in Aspen–funds in the end reimbursed after embarrassment in the media by high net worth Republican donors, including the co-owner of the Arizona Diamondbacks Ken Kendrick.

With that in mind, we’ll take El Paso County at their word regarding free motorcade services available to all political comers. As host to the Air Force Academy and other major federal installations, no doubt expensive police motorcades come with the territory. Especially when it’s a Republican President rolling into town, “small government” takes a back seat to pomp and circumstance.

And really, is anybody surprised that Trump doesn’t pay these bills, even when asked? You shouldn’t be.