A Political Circus is Coming to Weld County 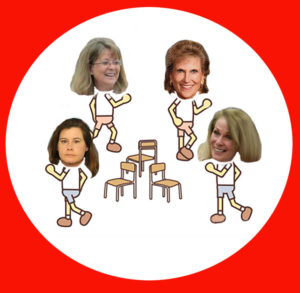 We noted last summer that Weld County voters were in for a wild game of musical chairs in 2020. It looks like the fun is going to get started a bit earlier than anticipated.

Term-limited Weld County Commissioner Sean Conway is resigning his position effective Jan. 31, which means a short-term replacement must be selected within the next couple of weeks. State Representative Perry Buck – who is also term-limited in HD-49 — was already running to succeed Conway in November and will presumably want to be appointed to the Weld County vacancy. Republican leadership in the House Minority Office appears to be aware of this; Buck has been removed from all committee assignments except for one (Education), which is the required minimum for a sitting lawmaker, after previously serving on two other committees (Rural Affairs & Agriculture, and Transportation & Local Government); this is often a pretty good indication that a lawmaker has one foot out the door of the State Capitol.

Now…if Buck is appointed Weld County Commissioner, she will need to resign her position in the State House, which is where things start to get weird. State Senator Vicki Marble — Cub Scout debater, fried chicken critic, and all-around crazy person — is term-limited and has already filed to run for Buck’s State House seat in November. Marble probably would like to finish her second term in the State Senate, but not pursuing a vacancy in HD-49 would open her up to a difficult primary challenge from another Republican (unless the GOP is able to find someone for the vacancy who promises not to run for a full term in November).

If Marble does successfully pursue a vacancy in the State House, then a GOP vacancy committee will need to fill her State Senate seat sometime in February. This creates a couple of problems for Republicans. For one thing, the Senate GOP really can’t afford to lose a reliable right-wing vote given their minority status – even if it’s just for a couple of weeks. But a vacancy in SD-23 also widens a Republican rift involving a Primary fight to succeed Marble. 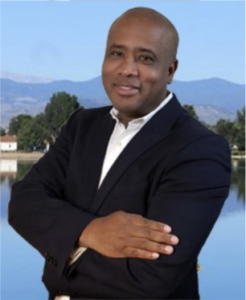 Outgoing Weld County Commissioner Barbara Kirkmeyer (see how this all comes full circle?) is running against Rupert Parchment II for the GOP nomination in SD-23. Kirkmeyer is a darling of the oil and gas industry, while Parchment has the backing of Rocky Mountain Gun Owners (RMGO), the Dudley Brown-run gun group with close ties to House Minority Leader Patrick Neville. Kirkmeyer’s campaign has raised significantly more money thus far – she has about $45k in the bank compared to less than $4k for Parchment – but with RMGO’s help, Parchment would have a decent chance to win a vacancy committee appointment. Parchment could really raise his name ID and profile among GOP voters in that scenario, which would go a long way toward evening out Kirkmeyer’s monetary advantage in the June Primary.

The last thing Colorado Republicans need right now is another bloody legislative primary race, but that might be exactly where things are headed in the coming months.