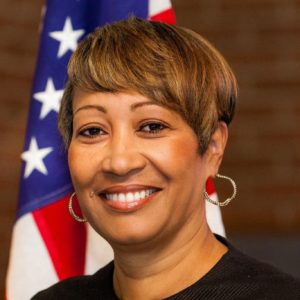 The day before Thanksgiving is one of the better days of the entire year to announce news that is less-than-flattering. State Sen. Angela Williams took advantage of the slow news week to announce that she is suspending her U.S. Senate bid in order to focus on running for re-election to the State Senate.

As Justin Wingerter reports for The Denver Post, Williams cast blame for her weak U.S. Senate campaign in a rather vague direction:

Williams, a northeast Denver Democrat, was the only current elected official in the Senate race, in which she emphasized her experience in the legislature but failed to gain significant traction in a nine-candidate primary led by John Hickenlooper and Andrew Romanoff.

“Unfortunately, even now, as female candidates enjoy a historic level of support from voters, there are still elements of the Democratic Party seeking to promote male candidates at the expense of talented and smart progressive women,” Williams said in a news release.

“Fighting to give women, people of color and the underserved a voice isn’t always easy, especially when faced with strong headwinds from Washington, D.C.,” she added, a reference to the decision by Democrats in the nation’s capital to recruit and endorse Hickenlooper in the race against Republican Sen. Cory Gardner.

Was John Hickenlooper recruited by national and local groups to run for the U.S. Senate because he is a man…or because he is a former two-term Governor with the best statewide name recognition of any Colorado politician and a proven ability to raise campaign cash? Hickenlooper no doubt benefits (in general) from being a white dude, but the field of candidates seeking the Democratic nomination for U.S. Senate already had plenty of those when Hickenlooper joined the fray in August.

We wrote last week that Williams may have gambled and lost by putting a long shot U.S. Senate bid ahead of a favorable re-election scenario in SD-33, which led to the decision by State Rep. James Coleman to announce his candidacy for Williams’ State Senate seat. Williams said at the time that she thought she had until March 2020 to make a decision on U.S. Senate or State Senate, but that was obviously unrealistic.

There are still eight Democrats running for U.S. Senate in 2020.