Tell Us How You Really Feel, Chaffee County GOP 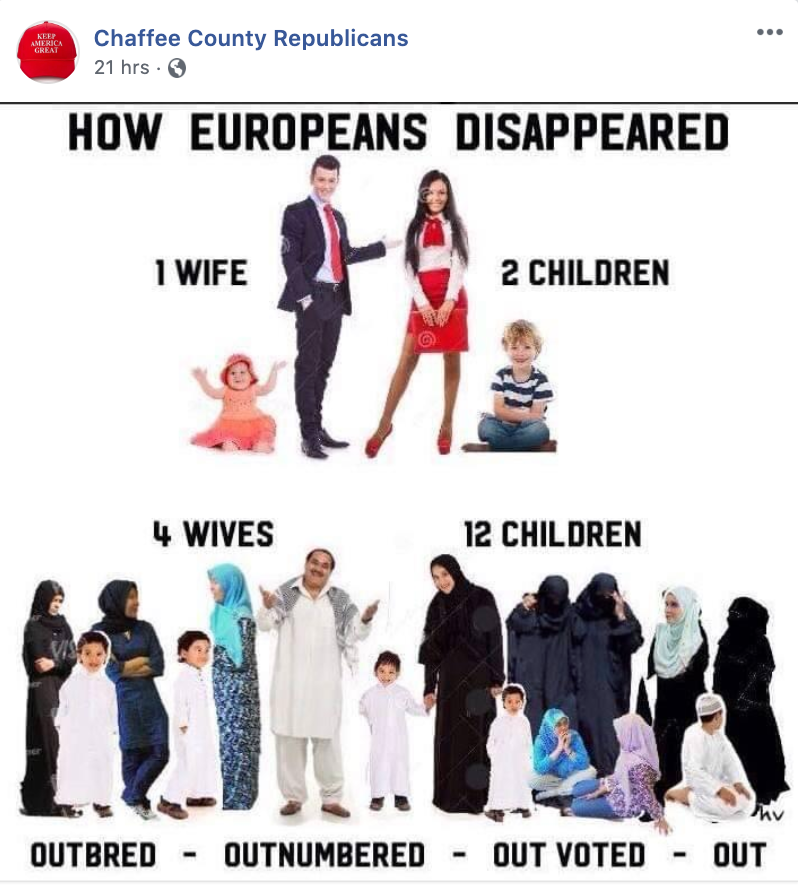 Continuing our occasional look at content appearing on official Colorado Republican Party social media landing pages, here’s the Chaffee County GOP voicing what appears to be their displeasure over white people not having enough wives, which results through straightforward means in…well, fewer white babies. It’s true that you might be a little confused hearing from an official Republican Party mouthpiece how “Europeans disappeared,” past tense, since it’s our understanding that people of European descent both in Europe and elsewhere–including 85% non-Hispanic lily-white Chaffee County–are still very much with us.

Outside a few places we’ve read about in southern Utah where the gene pool is problematically shallow, there’s not much we can offer to help Chaffee County Republicans in their quest for more wives! More babies is something they could work on at least to some degree, as long as their spouses are willing, but the reality is that birthrates decline as a natural product of economic development–and that includes the developed Muslim world, too.

But again, that’s a conversation for well-adjusted adults to have.

Well-adjusted adults are not in charge of the Chaffee County Republican Party.