Caption This Photo: When Corys Collide 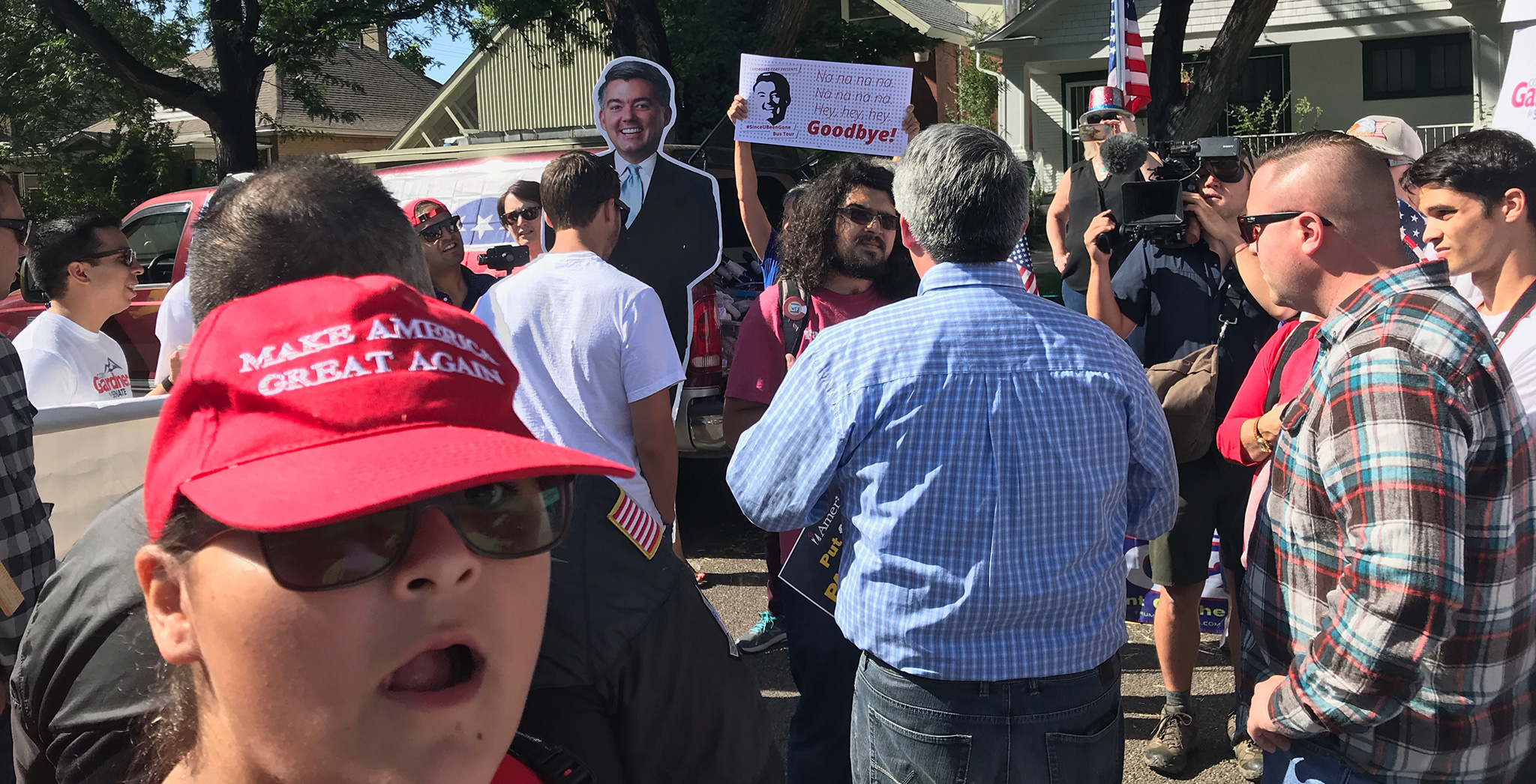 Here’s the scene forwarded to us from a short while ago today at the Pueblo State Fair Parade–a parade which witnessed the first-ever joint appearance by Sen. Cory Gardner and “Cardboard Cory,” a two-dimensional doppelganger who has served as a stand-in for Democrats and liberal activists calling out Gardner’s years-long lack of authentic public appearances in his home state.

In the movie Back To The Future Part II, there was some concern that such a meeting could result in, to quote the eminent Dr. Emmett Brown:

The encounter could create a time paradox, the result of which could cause a chain reaction that would unravel the very fabric of the space-time continuum and destroy the entire universe! Granted, that’s worst-case scenario. The destruction might in fact be very localized, limited to merely our own galaxy.

We’re all still here, so fortunately Doc Brown was wrong.