Will NPV Be The Real Republican Revenge Vote? 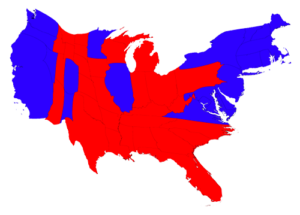 As the Colorado Sun’s John Frank reports, organizers of a ballot initiative to overturn a law passed by the Colorado General Assembly this year aligning the state with a National Popular Vote Compact to ensure the winner of the national popular vote wins the presidency say they have enough signatures to qualify for the ballot:

The deadline to submit petitions is Aug. 1, and Coloradans Vote, the issue committee challenging the new law, reports it has authenticated more than 150,000 voter signatures using state records. More signatures are still pouring into the office. To make the ballot, the group needs verified signatures from 124,632 registered voters…

The group expects to collect about 200,000 signatures, enough to provide a cushion to account for the upwards of 30% that may fail validation. The secretary of state’s office will certify the signatures once submitted.

If certified for the ballot, it would be the first time since The Great Depression that Colorado voters would decide whether to repeal or reaffirm a law approved by the General Assembly and signed by the governor. In 1932, voters repealed a law that increased the tax on oleomargarine.

Because the National Popular Vote Compact that Colorado joined with this legislation does not yet have enough states on board to trigger its provisions, halting its implementation while voters decide has no real effect. It’s worth noting also that Nevada and Maine recently killed their own bills to join the NPV states, and it’s unlikely that enough states would join in time to affect the next election.

With that said, the arguments in support of the Electoral College status quo are compelling to many small state voters not otherwise ideologically inclined, and Republicans broadly see the bill as direct political retaliation for Trump winning the presidency–this despite the fact that Colorado conservatives have themselves argued against the Electoral College in the past.

Politically, we have always been clear that National Popular Vote repeal was the more effective vehicle for Republicans to organize around than recalls either of Gov. Jared Polis or individual lawmakers. The Polis recall petition drive is certain to fail, and legislative recalls don’t work for organizing voters statewide ahead of a general election. Of all the options Republicans have to strike back against Democrats after their historic 2018 losses, a campaign to repeal NPV could be the one that pays the most long-term dividends.

When all is said and done, will this be the one “overreach” of 2019 Republicans are able to undo?

We have to concede that’s a real possibility.