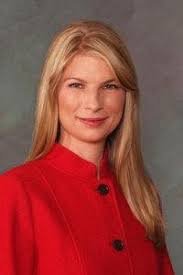 The big story in Colorado politics this week was the implosion of an asinine recall attempt against Rep. Tom Sullivan (D-Centennial). The Sullivan recall attempt fizzled amid an onslaught of terrible press, bickering over money, and a general sense from everyone with half a brain that this was a stupid idea altogether.

Naturally, this week in politics is coming to a close with ANOTHER absolutely idiotic recall attempt of a sitting lawmaker who was easily elected to office last November. This time, Republicans aren’t trying to recall a man who lost his son in a mass shooting over his support of gun safety legislation, but they found the next-worst look for a recall effort. As Marianne Goodland reports for the publication formerly known as the Colorado Statesman:

Republican Nancy Pallozzi says she will mount a recall attempt against state Sen. Brittany Petterson of Lakewood in Senate District 22.

Petterson defeated Pallozzi in a 2016 race for a state House seat by 19 percentage points. [Pols emphasis]

On a closed Facebook page Pallozzi set up for the recall effort, she announced Thursday that “[e]verything is moving along and we are hoping to have the petitions in hand by July 16th, if not sooner. We are finalizing the wording to submit to the secretary of state’s office in July.”

According to the page, the Pettersen recall effort is intended to coordinate with a recall attempt against Democratic Gov. Jared Polis.

You read that correctly, dear readers: The Republican candidate who lost to Pettersen in a State House race by nearly 20 points in 2016 wants to recall her then-opponent, nevermind that Pettersen was swept into a State Senate seat two years later by a 16-point margin.

Republican Nancy “Don’t Call Me Pelosi” Pallozzi believes that Pettersen should be recalled because of…well, there’s probably some sort of reason in there somewhere, but Goodland’s story doesn’t mention anything specific.

WHO DO WE WANT TO RECALL? Brittany Pettersen!

WHY DO WE WANT TO RECALL HER? We don’t know!

Please clap, or something.