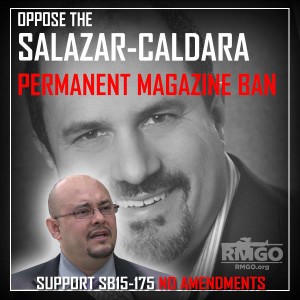 Making sense of the competing interests within the Republican coalition, and the relationships between those interests as they relate to recall campaigns now being organized, isn’t easy. That’s been a deliberate objective after extremely negative press about the early organizers of both the Galindo recall and the longshot campaign to recall Gov. Jared Polis threw both of those efforts into PR chaos.

Today, both the Galindo and Polis recall campaigns insist the variously anti-Semitic and crudely anti-LGBT elements involved at the early stages have been purged. The Independence Institute led by longtime political stuntman Jon Caldara has taken over online fundraising for both campaigns with a sweetheart deal that will financially benefit his organization greatly, and the original Galindo recall committee organized by House Minority Leader Patrick Neville along with Greeley pastor Steven Grant, who declared his intention to recall his “homosexual pervert” representative, was replaced. The “new” committee–although the Nevilles claim they’re still the masterminds of the whole effort–is trying to rebrand the effort away from Pastor Grant.

As readers may already be aware, there has been a long-running “turf war” between two ideologically competing factions within the coalition of Republican-aligned interest groups and allied lawmakers who dominate conservative politics in Colorado. On one side, you have a coalition led by the Neville political machine, along with a core group of Republican lawmakers from El Paso and Weld Counties and hardcore gun rights activists led by the Rocky Mountain Gun Owners. In addition to a “no compromise” position on guns, this coalition is extremely conservative on LGBT rights, abortion, and other such social wedge issues–hence the willingness to work with distasteful figures like Pastor Grant. Mario Nicolais, a moderate Republican who wound up on the wrong side of RMGO’s intraparty wrath, writes in a column for the Colorado Sun informatively: 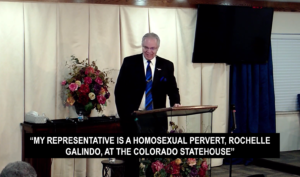 Galindo and her Democratic allies say oil and gas concerns are just a ruse. They argue the recall isn’t about how she votes, but who she is; specifically, because she is gay and Latina.

That would be a wild accusation except a second recall group, run by state House Minority Leader Patrick Neville’s brother, Joe, began their campaign with a news release touting support from Rocky Mountain Gun Owners and Greeley Pastor Steven Grant.

Grant has used his pulpit to call Galindo a “homosexual pervert” who is “trying to insert her lifestyle into our lives.” From personal experience, I know RMGO front man Dudley Brown shares Grant’s beliefs; [Pols emphasis] when I ran for state Senate in 2014, Brown organized and funded a primary challenge against me.

As then-state Rep. Justin Everett explained at the time, I earned Brown’s ire by supporting civil unions in 2012 and 2013, or as Everett put it, “Dudley’s mad about the gay thing.” [Pols emphasis]

On the other side of this internal conflict is the Independence Institute, which serves as a front office for a number of conservative activists and one-off issue groups and is generally well-connected to the state’s large for-profit political consultancy firms and upper-echelon donor class. After the passage of the landmark 2013 gun safety laws that prompted the year’s recall elections, the Independence Institute proposed a compromise measure in 2015 to raise the state’s gun magazine limit to 30 rounds from the 15 round limit imposed in 2013–a measure that briefly entertained some bipartisan support. Unfortunately for Caldara, this compromise was bitterly denounced by RMGO and trounced by Republicans in the legislature, solidifying a rift that has never healed.

This divide is surfacing again in the recall attempts of 2019–this time stoking serious divisions  within the GOP coalition that were not a factor in 2013. One of these divisions is over whether the recall campaign against Galindo should be focused on anything other than oil and gas, a key pivot point as the campaign has tried to bury the association with Pastor Grant’s wedgy agenda. As Jon Caldara said in his recent Denver Post column pushing the Galindo recall he’s also raising money for:

The recall will be successful if, and only if, this recall is about her oil and gas vote taking food off kitchen tables in Greeley. If pro-gun activists make this about her red flag vote, or if religious activists make it about her vote teach transsexual values in school, she’ll survive. [Pols emphasis] Greeley is still a college town, and those votes don’t cost your next-door neighbor her job.

As crass as Caldara puts it, safe to say that Pastor Grant does not agree! But in a column from Patrick Neville in the Colorado Springs Gazette today, a veiled return shot has been fired–at least in part:

The last time Democrats attempted to place a major restriction on gun owners in 2013, citizens recalled three legislators, another resigned before she could be recalled as well. Yet the “Red Flag” bill they passed this year violates Coloradans’ Second Amendment rights in a worse way. And Galindo supported it.

No, this is not some cynical reaction to difficult losses by Republicans last year…

Considering that Minority Leader Neville along with his family business Rearden Strategic bears personal responsibility for those “difficult losses,” and has been the subject of damaging press inquiries into their handling of the 2018 House campaign effort, that last part can be fairly considered a protestation of guilt. With that said, in addition to several hundred thousand dollars left unspent from their losing 2018 effort, the Neville-controlled PAC Values First Colorado raised over $180,000 in Q1 of 2019. That combined with their apparent willingness to glom on to local campaigns even after considerable humiliation means they’ll be playing in the recalls whether the “mainstream” Caldara–which is as bizarre to write as it must be to read–wants their help or not.

Where does this all end? It’s tough to say right now, but this internal conflict is a dynamic that wasn’t in play when Republicans charged mostly unified into recalls against Democratic Senators in 2013. Since none of these recalls have a realistic chance of affecting the balance of power, this is all strictly a morale-boosting exercise for a beleaguered at a generational low point in power and influence. Even if it succeeds in flipping a seat or two, the expense of that effort must be weighed against utilizing those resources in the 2020 general election where more than token consolation gains could be made.

And if it fails, Republicans have ripped the scab off internal divisions that are not done hurting them.