Last Friday, several of Colorado’s leading legislators on the issue of “defending the Second Amendment” including pistol-packing Rep. Lori Saine of Firestone sent a letter on official Capitol letterhead asking Weld County Commissioners to do something very unusual, especially coming from a state lawmaker: to declare the county a “sanctuary” where a law creating Extreme Risk Protection Orders to remove guns from mentally ill people in crisis would not be enforced: 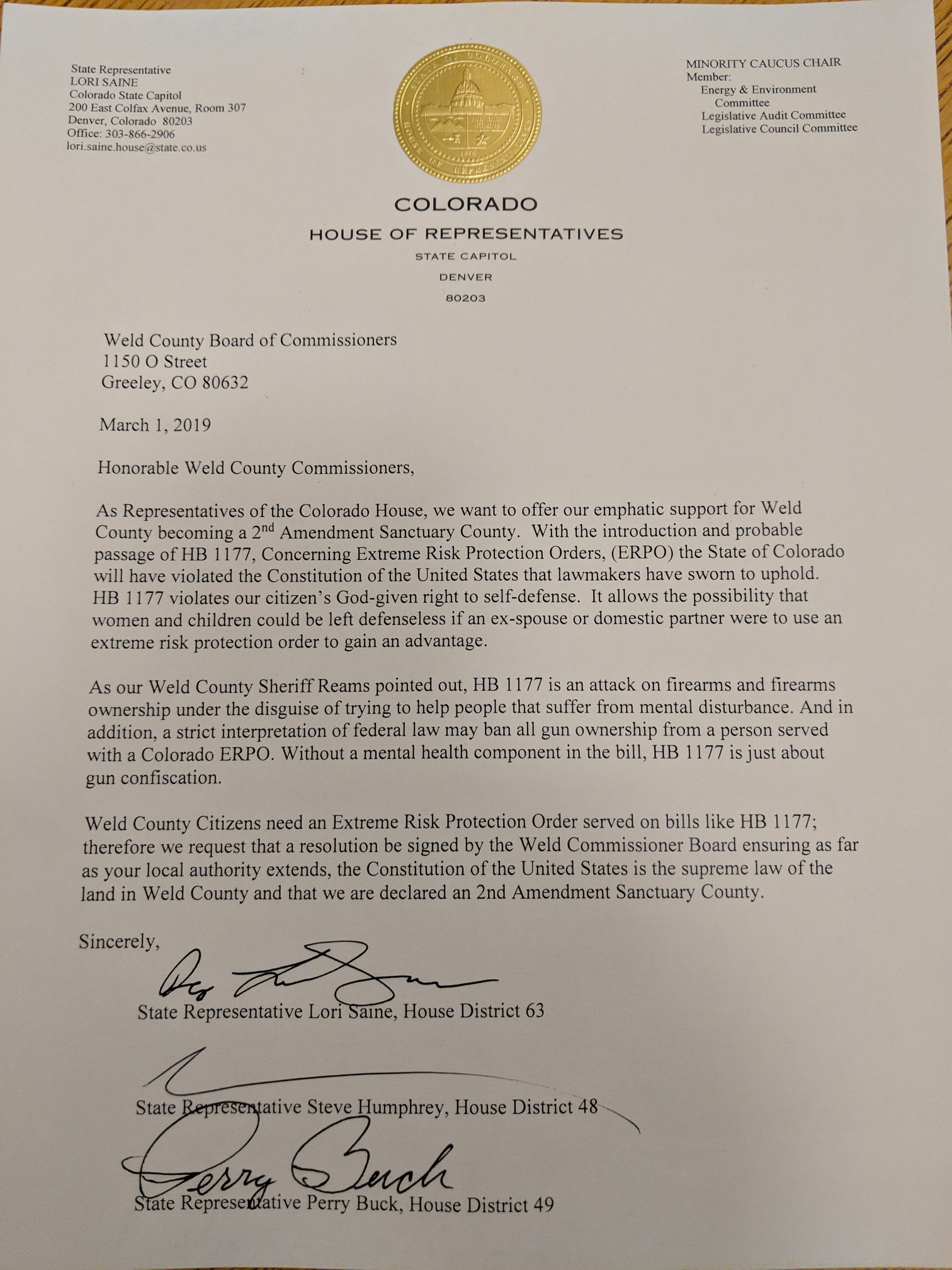 Something you don’t see every day–a letter from three state lawmakers encouraging a county government to declare themselves a “sanctuary,” in which a state law that hasn’t even become law yet would be disregarded. While this does raise some novel questions, including whether Colorado Republicans just blew up their own position in the larger federal debate over “sanctuary city” policies, it’s certainly not very defensible from a standpoint of supporting…well, the rule of law. This is something that lawmakers are by definition not supposed to do, but as readers know latter-day Republican politics have become a little screwy where such previously inviolate fundamentals are concerned.

But as we can see from the reaction from El Paso County Sheriff Bill Elder–who is not a supporter of the ERPO bill by any stretch–upholding the rule of law still matters to people who stop and think about the implications of starting down this road: 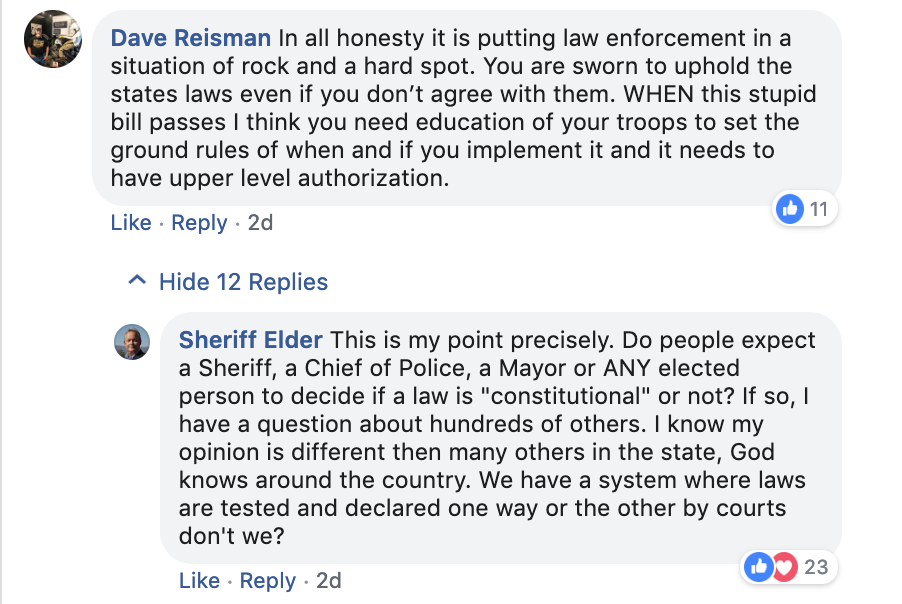 Sheriff Elder is of course referring to the landmark 1803 decision of Marbury v. Madison, which established that only the courts have the power to define laws and strike down laws as unconstitutional. As any Poli Sci 101 student knows, this decision is absolutely essential to the proper functioning of the American system of government.

Although you might not agree with Sheriff Elder on this particular bill or any number of other issues, his respect for the law–and more importantly our system of passing and reviewing laws to ensure they are just–is commendable. As for lawmakers pushing local governments to undermine judicial review of the law out of spite or pique or passion or whatever?

Perhaps we should find a term other than “lawmaker” to describe them.