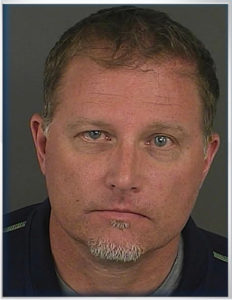 9NEWS’ Kyle Clark reported last night on the decision by Sen. Brittany Pettersen of Lakewood to give up on trying to pass legislation this year to authorize a pilot safe injection site for people struggling with opioid addiction, which would have been established at the location of an existing needle exchange program in downtown Denver.

As we’ll explain, those details are important:

Democrats in the Colorado Legislature will not attempt to pass a bill this session that would allow Denver to open America’s first supervised drug injection site.

Democratic Senator Brittany Pettersen of Lakewood said Republican opponents have seized on the injection sites to “bring fear and misinformation.”

…Pettersen acknowledged that faltering support from her fellow Democrats doomed the yet-to-be-introduced bill. Democrats control both houses of the Colorado Legislature and would not have needed a single Republican vote to pass the bill.

Recognizing the difficulty of addressing the opioid crisis, which has overwhelmed public health and law enforcement authorities and prompted the more recent emphasis on treatment and compassion rather than criminalization of people who suffer from opioid addiction, we understand that opinions among any group of people including our readers of this particular solution will vary.

But in the end, the opposition to this year’s effort was not policy related at all. As Colorado Public Radio reports, this was all about Republican minority politics–their first chance to draw blood from Democrats who flattened them in last year’s elections. And they seized on the opportunity with all of the usual suspects joining in, and the usual factual challenges:

House Minority Leader Patrick Neville floated the idea of recall elections to remove Democratic lawmakers from office if they voted to support the legislation. In early February, the Colorado Republican Party sent out an email that called safe injection sites an oxymoron…

KNUS talk show host Peter Boyles visited Vancouver to see the impact of a facility there and created a “No Safe Sites,” webpage, part of an effort to derail a potential Denver program. “This is so dangerous and so frightening and the cost is so expensive,” Boyles said.

Employing the same wildly false rhetoric we saw during last year’s SD-22 race, AM radio in Denver whipped up right-wing opposition to safe injection sites early this year in anticipation of a legislative debate. Peter Boyles, longtime local radio bottom feeder who we’ve called out in this space for his regular breaches of factuality and decency, was joined by Steffan Tubbs–another KNUS host who was fired by the more mainstream 850 KOA after a domestic violence arrest and has been rebuilding his career in the bush leagues.

Again, views on this issue might not always align even on the left. But the attacks on this bill were simply not accurate. This was about setting up a pilot program at a location that already serves people suffering from addiction in downtown Denver, yet these talk radio hosts had their gullible suburban audiences believing that it would mean “addicts shooting up on your street”–a situation not far from the status quo. Much like the lunatic debate over this year’s bill on sex education, opponents simply disconnected from the facts and let their imaginations run wild.

But sometimes it works. Even the best-intended efforts can be rendered politically nonviable if opponents’ misinformation becomes the dominant narrative. That’s what happened in this case, and it’s our local talk radio lowlifes–normally and correctly relegated to the fringe–taking credit for shutting down rational debate.

Whatever your opinion, we can do better. We can debate better. And hopefully next time that’s what happens.