The Crowmentum is Real in CO-6

We adjusted “The Big Line” to move Democrat Jason Crow ahead of Republican Rep. Mike Coffman in CO-6.

We’ve resisted making this move for a long time because we’ve been burned before by Coffman. At various points over the last decade we’ve thought that Coffman was in real trouble of losing re-election, only to see him miraculously emerge victorious in November. We weren’t looking to make that mistake again, and we’ve said as much in this space on multiple occasions since the 2016 election.

So what changed? Quite simply, it is impossible to ignore the many signs that Crow has gained the upper hand in this race. Crow isn’t just inching ahead of Coffman — he’s blasting forward in a district that Hillary Clinton carried by 9 points in 2016. Crow is the Road Runner to Coffman’s Wile E. Coyote, and the finish line is in sight.

We noted earlier this week that Crow was polling with an 11-point lead over Coffman in a survey conducted for the New York Times, the second public poll of 2018 to show Crow with a significant lead. Coffman has never trailed his Democratic opponent in any public poll since first winning election in CO-6 in 2008, and now it’s happened twice in the last six months. The prognosticators at 538.com now consider CO-6 to be a “Likely Dem” seat. Not just “Leaning Democrat,” but “Likely Dem!” To anyone who has paid any attention to Colorado politics in the last decade, this prediction is astounding.

Crow isn’t just winning in public polling (and in completely unscientific Colorado Pols surveys) — he’s been beating Coffman in fundraising, too. Things look so good for Crow, in fact, that Republican leaders are reportedly looking at CO-6 as a lost cause. From Talking Points Memo:

There are almost a dozen open GOP-held House seats that Republicans are essentially admitting with their spending decisions they can’t win, getting Democrats roughly half way to the 23 seats they need to retake House control.

And some recent House polling backs up the theory that suburban Republicans are in for an absolute bloodbath on election day.

Reps. Mike Coffman (R-CO) and Erik Paulsen (R-MN) have trailed badly in recent public polls, numbers that track internal surveys. GOP strategists privately concede that they’re unlikely to be able to bounce back in their Democratic-leaning districts, [Pls emphasis] joining Reps. Barbara Comstock (R-VA) and Rod Blum (R-IA) as incumbent Republicans that face daunting odds at returning to Congress. And they say the fact that the two battle-tested veterans appear cooked is a very bad sign for the map as a whole.

“When you have the guys who are doing everything right in trouble, that’s a really bad sign,” said one House Republican strategist.

We wouldn’t say that Coffman is “doing everything right,” but it’s true that the incumbent Republican hasn’t made many high-profile mistakes. The difference in 2018 is twofold: 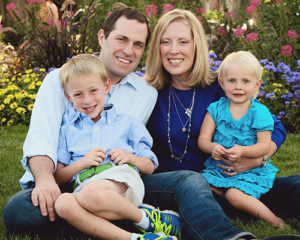 Coffman supporters don’t know how to respond to this changing political landscape and have struggled to inflict damage on Crow. It’s easy to point to Crow’s military background as being the key counterbalance to Coffman’s “I’m a Marine!” persona, but there’s a more important image at play here: Crow’s family. The newly-divorced Coffman has never run against a Democrat with a young, photogenic family; this unspoken distinction is an advantage that Coffman simply cannot match.

The fight for CO-6 has been one of the top Congressional battles in the country for several election cycles; this year more than $1 million is being spent on television ads every week. There is still time for Coffman to catch up to Crow before mail ballots start to arrive in a few weeks, but the clock is ticking ever louder.