Caption This Photo: The Harasser And Beth Humenik

We did a double-take over this photo Tweeted yesterday by the Colorado Senate Republicans: 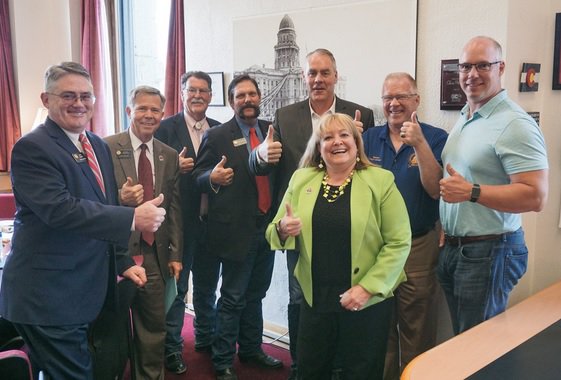 It’s particularly interesting to see Sens. Baumgardner and Humenik laughing it up together in this picture, since Baumgardner was the subject of a major sexual harassment scandal this year and Humenik is one of the Senate GOP’s two representatives on a new committee charged with developing new policies to end harassment in the General Assembly. Readers might recall that Baumgardner was stripped of his remaining committee assignments just before the session ended in May, and well after the vote to expel him failed, when more evidence came out that Holbert (left) appears to have helped suppress before the vote.

Anyway, if you were wondering whether the lip service paid to putting a stop to sexual harassment in the GOP-controlled Senate was a farce all along, you can stop.