The Greeley Tribune’s Tyler Silvy follows up today on a story we’ve been tracking for several days now–a growing dispute over the failure of Treasurer Walker Stapleton’s office to issue certificates of participation, a bond-like instrument to finance roads and other capital construction projects across the state, by the original July 1 deadline. A letter from Democrats on the Capital Development Committee brought the issue to light last week, with both Stapleton’s official staff and his campaign responding angrily to the suggestion that anything was amiss.

A principal bone of contention has been an ongoing lawsuit by the right-wing TABOR Foundation against the issuance of these funding certificates, claiming that they violate TABOR’s supposed requirement that any new revenues go before a vote of the people. The Colorado Supreme Court has repeatedly given lawmakers more flexibility under TABOR’s verbatim language than TABOR proponents would prefer–a big win for everyone who would like for the government of the state of Colorado to remain a functional concern. The problem in this case, as Silvy reports today and we explained in detail Friday, is Stapleton contradicted his own staff on whether this lawsuit was grounds to delay the funding:

“I’m not going to issue bonds when it could negatively impact the credit of Colorado based on hair around the deal resulting from the lawsuit,” Stapleton was quoted as saying in Westword. “It would be fiscally irresponsible for me to do so.”

[Stapleton spox Rachel] George seemed to walk that back Saturday, saying she’s not sure the lawsuit has anything to do with a delay, and hesitating to call issuing the bonds in September a delay at all.

“The only reason the lawsuit has come into this conversation was because the treasurer’s office originally had bond counsel say there were problems with the lawsuit,” George said, adding that there are a host of factors that go into issuing bonds.

“For people to say it’s being delayed by the treasurer shows a lack of understanding of complex financial transactions,” George said. 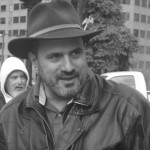 It’s important to understand the different ways the politics of this situation imperil Stapleton, and it’s more than simply the incompetence on display with the delay issuing the certificates. The 2017 legislation that authorized this funding was fiercely opposed by right-wing activists including the Independence Institute’s Jon Caldara. Caldara viciously attacked the Republican sponsor of the bill, Sen. Jerry Sonnenberg–to the point that Sonnenberg flipped on the legislation he had sponsored, making an ass of himself during a special session convened to fix a drafting error in the bill that cost special tax districts millions of dollars in uncollected marijuana tax revenue.

Anyone who remembers the acrimonious red-on-red infighting over Senate Bill 17-267 and the failed special session over its language last summer knows what a hot potato this issue remains among Republicans today–and that lingering anger is almost certainly complicating Stapleton’s approach to the current standoff with House Democrats.

Needless to say, it’s much worse now that Stapleton is contradicting his own staff on what’s going on! No matter what Stapleton says to resolve this contradiction, and he has to say something, he’s going to upset a constituency he needs. Either hard-right Republicans in his base, or everybody else.

As for Stapleton’s other claim, that the delay in issuing these certificates of participation isn’t causing any actual problems? That’s the lede of today’s story:

More than $2 million in construction projects at the University of Northern Colorado could be delayed based on the timing of bonds issued by the state treasurer’s office…[t]he projects will cost about $2.1 million, and UNC spokesman Nate Haas said a delay is possible based on the timing of bond issuance, which many expected to happen closer to July 1 — the start of the 2018-19 fiscal year.

We expect that when more local reporters start looking into the specific projects waiting for funding here, they’re going to find more very real problems being created due to this delay. What began as a dry and technical request from Democrats for information on the status of an important financial instrument has ripped the scab off a much bigger problem for Republicans generally, and Walker Stapleton personally.

There’s nothing here to earn Walker a promotion, but the real story behind this bizarre contradiction may be Stapleton trying desperately to keep the far right GOP activist base pacified. The conflict that creates with Stapleton’s sworn duties as Treasurer isn’t a problem for Caldara, but to the rest of the state it is rightly appalling.

One thing that seems sure is that this story is not going away–and that too is Stapleton’s own doing.