Yet Another Petition Signature Mess in Colorado 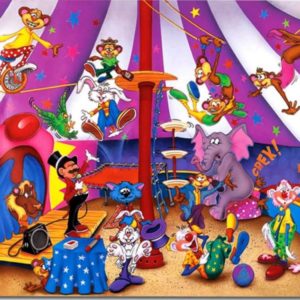 Artist rendering of the inside of the Colorado Secretary of State’s office.

Corey Hutchins of the Colorado Independent reported yesterday on the latest news from the Colorado Secretary of State’s (SOS) office regarding the validity of petitions for access to the June Primary ballot. The key points in the story are buried a bit by a broader headline and lede about the April 27th deadline for the SOS to verify signatures and finalize the ballot, but there’s no question that this is another 2016-esque mess:

Rules in the petition-gathering game stipulate that if a voter signs petitions for two candidates, the signatures only count for the candidate who hands in his or her petitions first. On the Republican side, Stapleton handed in petitions just before Robinson, but then last week (because of Robinson— long story) he wound up admitting fraud in his gathering process and asked the Secretary of State’s office to scrap them. Stapleton’s only shot for the ballot was to go through Saturday’s assembly, which he successfully did. In a way, that sounded like good news for Robinson— Stapleton’s signatures might not count against his.

Even though Stapleton asked for his petitions to be pulled, the signatures on them still count since the Secretary of State already had determined they were sufficient, said Secretary of State spokeswoman Lynn Bartels. [Pols emphasis]

That leaves a slimmer margin of error for the Robinson team as workers in an office building in Pueblo double-check his signatures to make sure they are valid and don’t include Republicans who already signed for Stapleton. 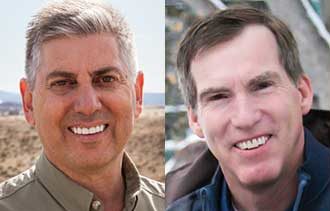 According to the SOS office, signatures for Walker Stapleton are still officially valid even though Stapleton raised his own alert about potential signature fraud and asked that his name be withdrawn as a candidate seeking ballot access through the petition process (Stapleton will be on the June Primary ballot anyway after capturing top-line at the Republican state assembly last weekend). Stapleton formally asked Secretary of State Wayne Williams to remove his name from the petition process just last week, which came a few days after Stapleton got word from the SOS that his campaign had in fact gathered enough valid signatures for ballot access.

Williams spun hard to cover his own ass after Stapleton’s campaign essentially admitted that many of its signatures were probably fraudulent…but now he’s saying that all of those signatures will still be counted as valid. This ruling is completely absurd in its own right, but the logic breaks down even further in regard to the gubernatorial campaign of Democrat Donna Lynne:

On the Democratic side, the same rules are working in Lynne’s favor.

Polis, whose campaign fanned the state and hoovered up some 30,000 signatures— far more than the 10,500 he needed— seemed like he could have been also creating a bit of a defense shield with them. Remember, signatures of voters who sign only count for the first candidate to turn them in. Polis turned his in before Lynne, slimming her margin of error.

Polis then decided to also go through Saturday’s assembly, where he earned himself a spot on the ballot by getting more than 30 percent of the vote among delegates. Polis’s signatures were still being counted at the time he won, and as soon as he made the ballot through the assembly, the Secretary of State’s office stopped counting them.

That means all of Polis’s 30,000 signatures are back in circulation— and are now able to count for Lynne.

Let’s recap what we’ve learned here. The SOS’ office is saying that Walker Stapleton’s petition signatures are still valid — even though he’s on the ballot through the assembly process — which is relevant because it means that Republican candidates such as Mitt Romney’s Nephew (Robinson) and Victor Mitchell cannot use any of those names for their own signature verification needs. In the same breath, however, the SOS says that signatures for Jared Polis will not be considered valid — because Polis is also on the ballot through the assembly process — which means that Donna Lynne doesn’t have to worry about signatures being double-counted from Polis’ submissions.

How does this make any logical sense whatsoever?

For his part, SOS Williams is passing the buck, telling the Independent that he was only following rules that say a candidate’s signatures must be counted if…they were already counted? “That is a bright line rule and that’s what we’re following,” says Williams in a comment that would only make sense if, in fact, there were any “bright lines” to be examined in this mess.

What Williams has really done here is to issue a ruling that completely upends the signature counting process for a number of statewide campaigns. We would expect to see a barrage of lawsuits coming — both from Republicans and Democrats — because Williams’ ruling could very well keep one or more gubernatorial candidates off the June Primary ballot altogether. The state legislature, meanwhile, probably needs to add another bill to its to-do list in an effort to prevent this lunacy from happening again in 2020.

Did we mention that the June Primary ballot is supposed to be certified seven days from now? We did?