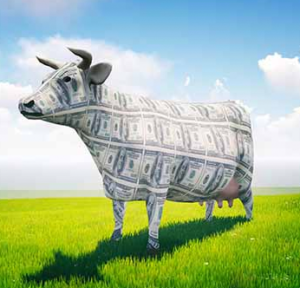 Newsmatters, a blog set up by and for employees of Digital First Media, the company that includes the Denver Post among a stable of newspapers owned by the private capital firm Alden Global Capital, relays disturbing news about the recent massive layoffs at the paper earlier this month after a long period of steady contraction.

It didn’t have to be this way:

The cash siphoning, engineered through obscure subsidiary companies created after Alden became the news chain’s majority shareholder in 2012, came as thousands of workers were laid off and newspapers stripped of real estate and other assets to help finance Alden’s often risky investments.

Executives at the profitable newspapers have cited industry-wide economic pressures as the sole reason behind the gutting.

Now the admission by the company’s owner that it deliberately siphoned many millions away from the newspaper chain casts doubt on that claim.

The announcement that 30% of the remaining newsroom staff at the Denver Post would be laid off is just the latest in a years-long trend toward both less and lower-quality local news reporting. The old days in which Denver newsrooms competed for scoops is long gone, and now it’s a question of persuading an ever-shrinking pool of reporters that your story is worth the limited time they have to spend. We still have great moments of journalism, like the Post’s excellent recent work exposing Cambridge Analytica’s role in helping Colorado Republicans win in the 2014 elections. But compared to the number of such stories that could be told if the capacity was there to do it, the public has lost out greatly.

Although this latest revelation that the owners of the Denver Post have been pulling money out of the paper instead of investing in its future is dismaying, we have to caution once again that some alternatives under regular discussion, in particular the possibility that Republican kingpin billionaire Phil Anschutz might add the Post to his growing collection of ideologically polarized media properties, could well be even worse than the status quo. While we can’t speak to every editorial decision made by the paper, it is evident in the continuing good work done by the Post newsroom that Alden Global Capital is not censoring the news–or if they are, not in a way that affects local political coverage.

Anschutz might offer steady paychecks, but based on the proven record of media outlets Anschutz owns today from the Weekly Standard to the Colorado Springs Gazette we do not want him anywhere near the state’s newspaper of record.

Surely there must be another option.