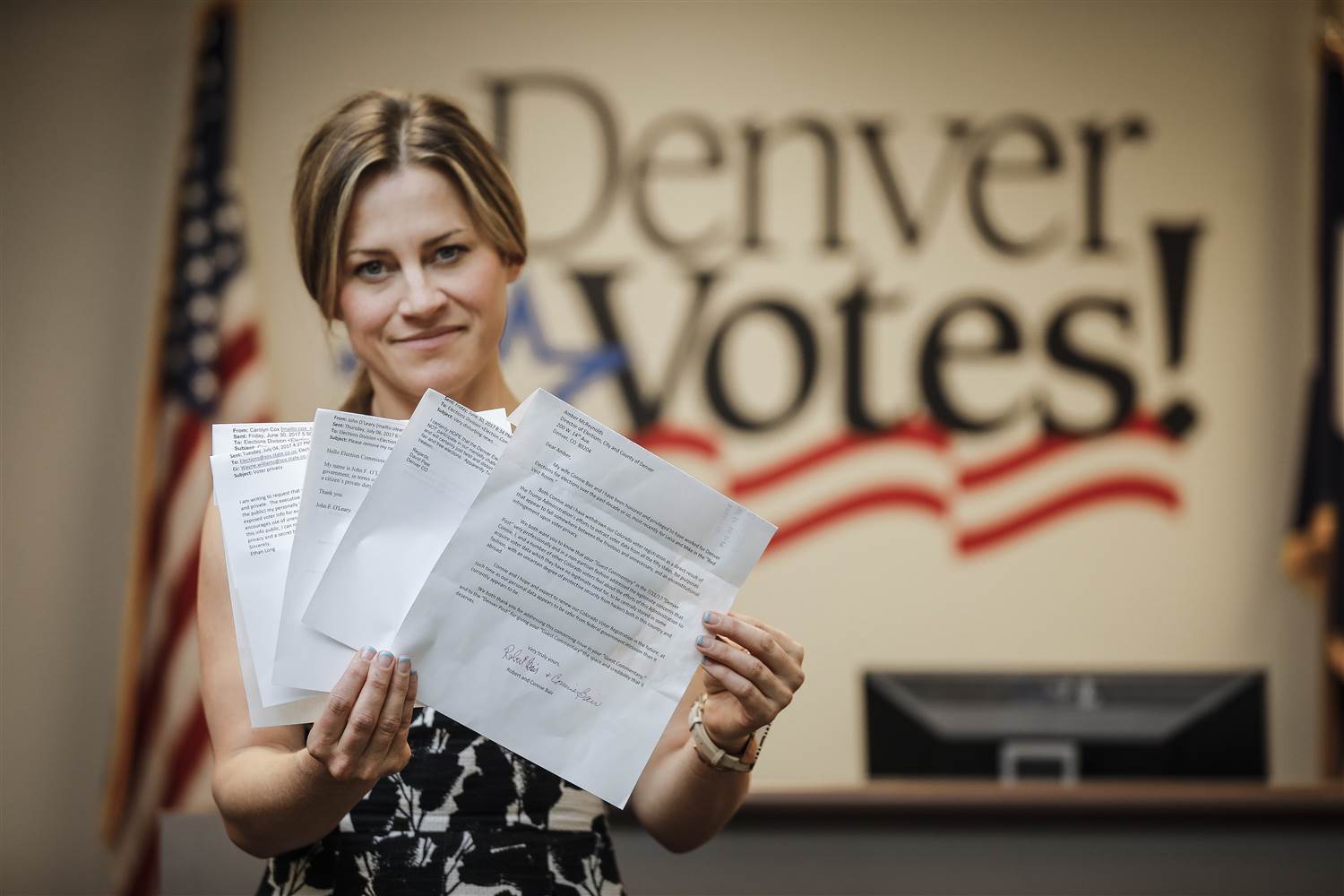 Word of a possible new Democratic entry into the 2018 Colorado Secretary of State’s race could spark new interest in a critically important but underappreciated statewide downballot office, one that Democrats have tried and failed to win for a number of years. Amber McReynolds, the current Director of Election for the Denver County Clerk and Recorder’s office, is reportedly well down the path of discussions to determine if she should challenge incumbent Secretary of State Wayne Williams.

McReynolds, who is currently unaffiliated but would likely register as a Democrat for this race, would represent a departure from previous candidates with mostly legislative or other political experience; an elections professional from the state’s foremost county clerk’s office–more in the mold of successful Republican candidates for Secretary of State like Donetta Davidson and…well, yes, incumbent Secretary of State Wayne Williams. There’s an argument that a challenger from a position of competency like another well-known elections official would represent a better challenger to Williams, who has prided himself on running as smooth and uncontroversial a ship as possible.

That was of course made much more difficult by Williams’ very poor handling of the recent request from the Trump administration’s so-called Presidential Advisory Commission on Election Integrity, voicing support for an effort that even most Republican secretaries of state think is a waste of time and resources. Williams’ initially confusing statements about what data was bring provided resulted in thousands of Colorado voters un-registering in an act of misguided protest. Since then Williams has tried to walk back that gaffe while reaffirming the integrity of our state’s elections, but for lay political news consumers in Colorado the damage is arguably done.

So yes, we’d say there is an opening here–to win an office that has bedeviled Democrats for longer than most of us have been doing politics in Colorado. And if she does get in, McReynolds could be just the candidate Democrats need to make the most of it.