This diary is about small victories, local heroes, sweet stories, random kindnesses, unexpected grace, cold justice served up on a hot plate. As always, your interpretation of what is “good news” is probably different than mine, and categories often overlap.

Attorneys General across the country (including Colorado’s Coffman)  are claiming that they will check Big Pharma’s pushing of opiods, “clear the swamp”, ensure fair voting, and protect transgender people. AGs be aware – people will check to see that you follow through on your promises. 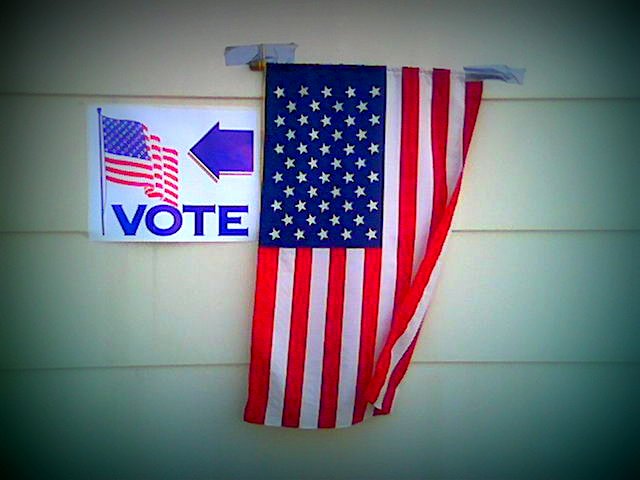 Image by debaird on flikr

Fourth of July, Fireworks, and the Franchise – what could be more patriotic? Voting seems to be on everyone’s minds right now.

Kentucky also ordered the voting rights of 284 felons to be restored.

Kris Kobach, Vice-Chair of Trump’s Presidential Advisory Commission on Voter Integrity,  requested that all 50 states send him their voter information by July 14 so that the Commission can create a national voter registry to prevent what he claims is rampant voter fraud.

Unfortunately, rather than creating a process to make it easier for voters to register and vote, the Commission’s goal appears to be to selectively disenfranchise voters. The good news is that 45 states now have refused to provide part or all of the information requested. President Trump is not pleased, and has let us know this in his usual way.

Alison Lundergan Grimes, KY Secretary of State said that there is  “not enough bourbon in Kentucky” to make  Trump’s request seem sensible.

Mississippi Secretary of State Delbert Hosemann suggested that, “They can go jump in the Gulf of Mexico and Mississippi is a great state to launch from…”

Floridians are also petitioning to restore voting rights to felons.

Colorado’s Secretary of State Wayne Williams is trying to have it both ways  –  comply with Trump’s request, while still protecting the privacy of Colorado voters by supplying only publicly available information. Many voters are choosing to keep their data confidential by filing a form and paying $5 at the Secretary of State’s Office.

Voters seldom commit fraud in Colorado – but when they do, they are usually Republicans.

Colorado was one of 31 states studied by Stanford Researchers.  Their data found that officers search African American and Hispanic drivers on the basis of less evidence than when searching Caucasian drivers. That’s terrible news for justice, but it’s good to have data backing up people’s lived experiences.

Colorado Springs Chief of Police Carey told Doug Bruce what everyone  has longed to do for years. “Your complete lack of care, concern and compassion for anyone but yourself fits perfectly with your obnoxious and bullying personality.” Nice.

Colorado’s Attorney General Cynthia Coffman is one of several Attorneys General who announced that they will investigate Big Pharma for possible “overprescribing” of opiates, contributing to our present opiate abuse crisis.

There must be a catch – Jeff Sessions announced that he will fight violence against transgender victims.

Jared Polis introduces bipartisan package of legislation, including one to regulate marijuana like alcohol.

Polis’ fellow Democrat, Blumenauer, had to dispel rumors from the Prohibition crowd that they had managed to include language  “preventing Washington, DC from implementing full retail sales and commercialization of recreational marijuana.”

Innovative Colorado businesses and energy conservation are overlapping so much that I’m hereby conflating the two.

Tesla is marketing a medium-priced car.

Volvo will phase out traditional engines and transition to all-electric cars.

Denver is home to some unusual start-up companies, including one which allows people who have invested in tools to recoup income by renting them out, and one which wastes less food by distributing excess food from wholesalers to restaurants and hospitals.

Boulder’s Roccor, which innovates in electric vehicle battery storage, is the third fastest-growing company in the area.

Germany comes out in favor of equal marriage ( including all Muslim members of parliament).

Kurds have safe  spaces for LGBT folks, and relatively progressive policies among their Muslim-majority neighbors.

“We are in maximum danger, but we are about to be free.”

The kids are still suing for a livable climate. More power to the youth of the world.

As the Senate prepares to debate the Better Care Reconciliation Act again, protesters from all over the United States are still saying, “No” to throwing 30 million off insurance, and resisting the Trump agenda. Even in Republican strongholds like Greeley and Brush, the resistance flourished, and was on full bloom in Independence Day celebrations statewide.

Pioneering feminist activist Gloria Steinem, now 83 and speaking in Europe, said that Trump has galvanized more activists than the Vietnam War did, and said “We are in maximum danger, but we are about to be free.”

California firms are generating so much extra solar power, they can’t even give it away.

After the tragic pipeline-leak fueled explosion in Firestone, oil and gas companies have been ordered by the state to map their gas lines near Colorado buildings.

NREL in Golden has been researching a process to turn sunlight and carbon dioxide into fuel.  They’re close to finishing – what a shame the Trump administration is slashing funding.

Clean Chemistry of Boulder  has  invented and patented a process to recycle fracking water – the catch being that it is expensive.

Delta County has designated itself a “Solsmart Community”, meaning that it will find ways to encourage solar energy use and development.

ESPN catches flak from guys over its “Naked Guy” cover – straight women and gay men seem to like the cover just fine. Naked women have, of course, been a staple of modern magazine covers for decades.

Superdrug, a large drugstore chain in UK will  sell morning -after pills to prevent accidental pregnancies. In Colorado, women over 18 can obtain this medication after a consultation with a pharmacist. Colorado is one of only 3 states in the country to allow this. Our junior Senator at one point even had a plan to offer Plan B contraception not through a pharmacist or insurance, but over the counter.

Buzz Aldrin’s eloquent facial expressions, while Trump talks about how pro-space he is , have gone viral.

Merkel smells the Trump  stench and is having none of it.