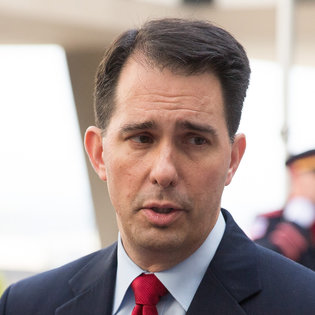 Recent reports have revealed that the Wisconsin-based Lynde and Harry Bradley Foundation has quietly descended on Colorado in an effort to undermine teachers unions and public education.

The information comes from documents that were swiped from the foundation’s servers by international hackers last year.

In Wisconsin, the Bradley Foundation has helped bolster Gov. Scott Walker’s conservative agenda, including dramatic cuts to public education and the passage of the state’s anti-union “Right to Work” law. Now, Bradley is apparently looking to expand that success in swing states, starting with Colorado and North Carolina.

Reports from the Center for Media and Democracy and the Milwaukee Journal Sentinel show that the Bradley Foundation has funneled $1.45 million to the Independence Institute, a conservative Denver think tank, in recent years. A chunk of the money was specifically allocated for “aggressive education reform,” which includes “neutralizing the power of Colorado’s teachers’ unions by defunding them at the local school district level,” according to a 2015 Independence Institute grant proposal record obtained by the Center for Media and Democracy.

With the help of Bradley’s contribution, the Independence Institute has assisted the Douglas County school board in enacting a series of measures to put an end to collective bargaining, teacher tenure, and automatic dues deductions for teachers unions. In 2016, the board attempted to implement a countywide school voucher program for private and religious schools, but the program was struck down in court.

The Independence Institute did not return a call for comment.

Sam Gilchrist, Executive Director of the pro-union Colorado AFL-CIO, said in a press release that “wealthy corporations and the organizations that serve them need to stop rigging our political system against hardworking people like the teachers who keep our public education system running,” and he called the Bradley Foundation’s efforts “disgusting.”

Beneficiaries include the Competitive Enterprise Institute, an adversary of environmental regulations, and the Ruth Institute, which, according to its website, seeks to “[help] young people avoid the poisonous personal consequences of the Sexual Revolution” and address “the crazy behaviors encouraged on campuses” and “young people’s unwillingness to get married.”