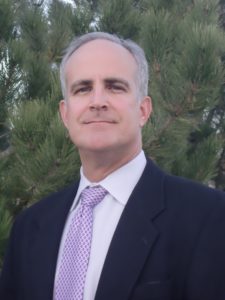 Politico’s Gabriel Debenedetti has a fascinating look at the Trump administration’s drive to take control of state Republican Party infrastructure–prominently including in the state of Colorado, a state that proved impossible for Donald Trump to gain traction in either the primary or general election campaigns:

With the Republican National Committee firmly in his control, the White House and Trump’s political allies are now moving to lock down the state Republican parties, installing loyalists in top positions and laying the groundwork for the 2018 midterms and his 2020 reelection campaign in key swing states…

“The one unusual thing that has happened since Election Day is the quantity and quality of outreach we’ve gotten in Colorado from the White House directly, from the political director[’s office] in the White House. Nobody ever recalls anything like this level of attention,” said Steve House, who left his post as the chairman of that state’s GOP earlier this month. “A lot of the conversation is getting ready for 2018 and 2020, and I get the distinct impression that the Trump administration realizes that while we didn’t get it done in Colorado in 2016, it’s important to lay the groundwork now.”

…In Colorado, a hub of #NeverTrump activity ahead of last summer’s GOP convention, House declined to run for another term after a tumultuous year marked by claims of bias from pro-Trump activists. He eventually became a vigorous Trump supporter but was replaced this month by Jeff Hays, who carried the support of Trump’s state campaign team. A White House political office staffer traveled to suburban Denver to watch the April 1 vote that elevated Hays to the chairmanship, House said. [Pols emphasis]

The departure of Steve House as Colorado Republican Party chairman after one term was inevitable for many reasons, not least the very public dispute between House and party loyalists led by Attorney General Cynthia Coffman related to allegations of an extramarital affair. If there was any possibility that House might have stuck around after that multi-week fiasco, the Colorado Republican Party’s “#NeverTrump” Twitter controversy combined with Trump’s unexpected presidential victory settled the question.

It’s generally expected that new party chair Jeff Hays will do better organizing and keeping the peace within the GOP’s fractious coalition than House did, with the obvious caveat that he is the chair of a state Republican Party in the era of Donald Trump.

Which could be a ride to make Steve House’s destructive tenure look tame by comparison.