We Must Resist Trumpism In Colorado

“All that is necessary for evil to triumph is for good men to do nothing.”~Edmund Burke 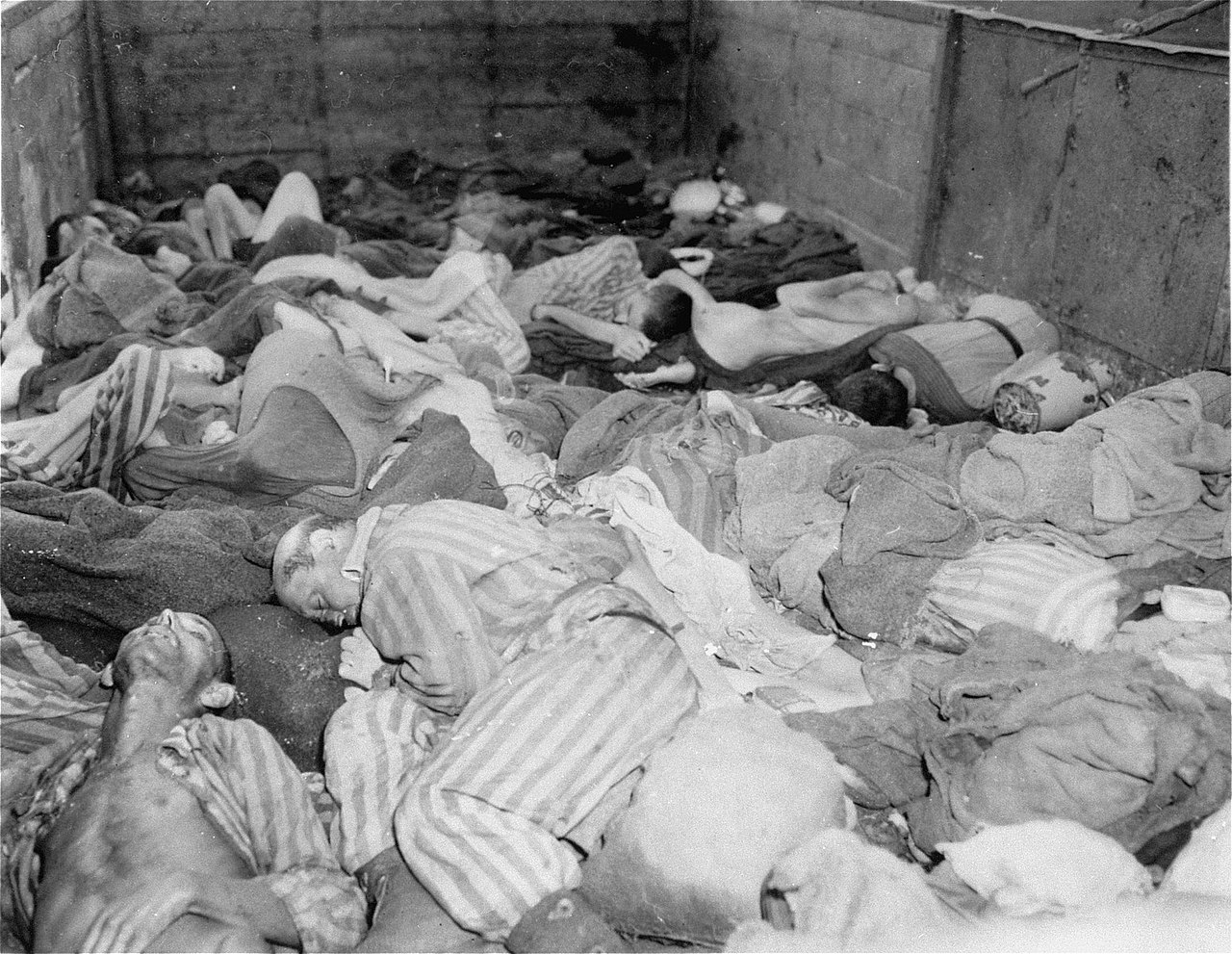 The Dachau Death Train. German people that did not speak up in time were left with a terrible moral burden when they had to face the brutal reality their inaction enabled.

When I was about nine years old my parents took me to Dachau. We were living in Stuttgart, on a U.S. Army base and it was 1975. The Wall still divided Berlin into East and West, and Red Brigades like the Baader-Meinhof Gang were causing troubles.

The experience still stands as one of the most deeply formative of my life. I was distraught looking at the images of Nazis experimenting on humans, of the piles of corpses, of the cold and clinical way a modern society justified and turned a blind eye to hatred, scapegoating and murder.

So I do not tolerate Nazis well. “White Nationalism” raises a bile in my stomach and a resolve in my will.

Seeing it here in my beloved Rocky Mountain home breaks my heart. But I am not cowed, I will resist and speak out against Trumpism wherever it arises. Church in Dillon, Colorado tagged with pro-Trump pro-Nazi graffiti in 2016.

Recently that was in Dillon, Colorado.

The Lord of the Mountains Lutheran Church in Dillon was targeted with offensive graffiti last night, marking the fourth reported case of political vandalism in the past two months. The graffiti, sprayed on the side of the church overlooking Dillon Valley, was wide-ranging, including satanic symbols, a swastika, a phallic symbol and “F*** Jesus Trump 2K16.”

In suburban Highlands Ranch we learn of a father called “f****t”  (and “Hillary voter”) by a store manager at Floor & Decors in front of his four-year-old son, then followed with his small boy by a pro-Trump customer to his car and further harassed.

The Grand Junction Daily Sentinel reports race-based harassment has spiked at schools in the district.

Alice Dussart, an elementary teacher at a local charter school, said the comments she’s heard from young students in recent months are unprecedented in her nine years of teaching.

“I’ve had kids try to keep other kids off of playground structures because they look Mexican,” Dussart said. “Those play structures where that child was not allowed to go play — the other students are calling them Trump towers. I’ve had kids using the ‘N word’ on the playground … and I’ve definitely heard more of boys objectifying girls’ bodies at a younger age.”

Kirk Golba’s daughter attends Fruita 8-9 and is half-Mexican. When she came home after school on Nov. 9, she told her father that her classmates were saying she was going to know what it’s like to be deported.

“When you hear them talk about that happening, it’s kind of like a punch in the gut,” Golba said.

Immediately after the election, in which Donald Trump the apparent Electoral College winner garnered more than two million fewer votes than Hillary Clinton, we learned of the vandalism of a woman’s car in Denver as reported in the Post and elsewhere.

For Amber Timmons, the hate came from all directions after Donald Trump was elected president.

Someone painted anti-LGBT graffiti, Trump’s name and a swastika on her SUV. A Latino friend was harassed with an ethnic epithet at an Aurora gas station. And across the street from her Cheesman Park apartment, Timmons could see red paint splattered across a “Black Lives Matter” banner hanging on the wall of a church. In Colorado Springs the same rise in targeted hate, according to an article in the Gazette.

At Cheyenne Mountain Junior High School in Colorado Springs, there were several fights, including one involving a Jewish student and anti-Semitism, and a slew of racial and ethnic slurs spurred the principal to send parents a warning letter, The Gazette reported Wednesday.

This rise in hate is not limited to Colorado, but is being seen across the nation. In California mosques were sent notes praising and predicting genocide against Americans that practice Islam. In DC Neo-Nazis responded to a call from the podium to “Hail Trump!” with sieg heil Nazi salutes.

It was on a recent business trip to Washington DC that I found myself with a few extra hours on my hands, so I wandered into one of the Smithsonian buildings. In this case it was the Museum of American History.

At the exhibit on the internment of Japanese Americans during WWII I stopped to snap a picture, and send a tweet:

I don’t want to live in #Trump‘s America. #copolitics

This tweet brought a fury of response. “Wow. That is really stooping.” responded the Colorado Senate Republican’s official spokesperson Sean Paige, who followed up with an admonishment to “keep doubling down on the dumb.”

Others were less kind. “Dumbass leftwinger is too stupid to know revered Democratic President FDR put those people in camps .”

FDR’s involvement is irrelevant. Bad policies from the past enacted by either party carry the same warnings today for both. And despite these proforma protestations, just ten days ago a Trump surrogate raised the internment of these innocent Americans as a “precedent” for the Trump administration.

When I noted this development in a tweet to Mr. Paige, reminding him of our previous interaction, the response was… well, nothing. 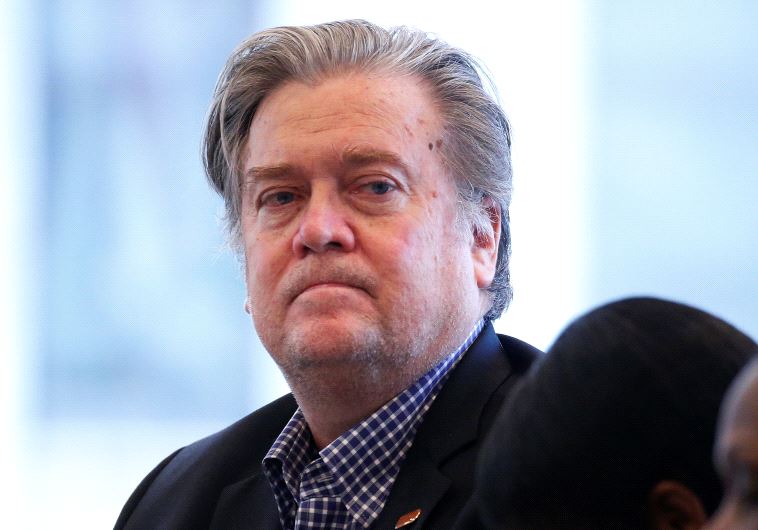 President-Elect Trump’s Chief Strategist Steve Bannon has bragged his former website Breitbart.com was the platform for the Neo Nazi movement that hides behind the title “Alt-Right.”

Although a prolific twitterer who clearly follows his own account, a Trump surrogate acknowledging that the internment of Americans was a “precedent” for the new administration  was somehow not worth a reply.

Of course looking the other way and ignoring what is in front of our faces is not an option for the moral person. Nor will the “I can’t hear you” strategy allow one to dodge accountability. “Following orders” is not an excuse for malfeasance and unethical behavior.

The Wall has come down. The Baader-Meinhof Gang is no more. And while I want to think the moral arc of the universe bends toward justice, it seems more to move in fits and starts, with reversals and setbacks as much a certainty as progress.

Now this blog will receive the same charges as were leveled against the tweet I sent from DC in September, that seeing dangerous parallels in the rise of pro-Trump hate with Nazism is “really stooping,” and similar attacks that it is over-blown, ill-informed, fear-mongering.

My trip as a child to the death-camp near Munich left a mark in me I will never shake. And I do not want to. At the time I was told the camp was there so that we, as humanity, “never forget.”

And as Dana Milbank reported in a recent column there are still a few who do remember:

International Holocaust Remembrance Day is always a somber time for Auschwitz survivor Irene Weiss. But this year’s observance had an additional layer of grief: For the first time, Weiss is worried about her adopted homeland.

“I am exceptionally concerned about demagogues,” the 85-year-old Weiss told me at Wednesday’s commemoration at the U.S. Holocaust Memorial Museum. “They touch me in a place that I remember. I know their influence and, unfortunately, I know how receptive audiences are to demagogues and what it leads to.”

She knows better than just about any person alive. The Czech-born Jew lost her parents and most of her siblings in Hitler’s death camps. Now, when she hears about plans to register Muslims and to ban Muslims from entering the United States, “I’m worried about the tone of this country,” she said.

Post-WWII Germans were forced to face the reality of their nation’s crimes, and of their own individual inaction (or for some, active participation). As the Smithsonian itself has noted recently the Holocaust did not start with murder. It began with words and petty acts of hate.

The Holocaust did not begin with killing; it began with words. The Museum calls on all American citizens, our religious and civic leaders, and the leadership of all branches of the government to confront racist thinking and divisive hateful speech. 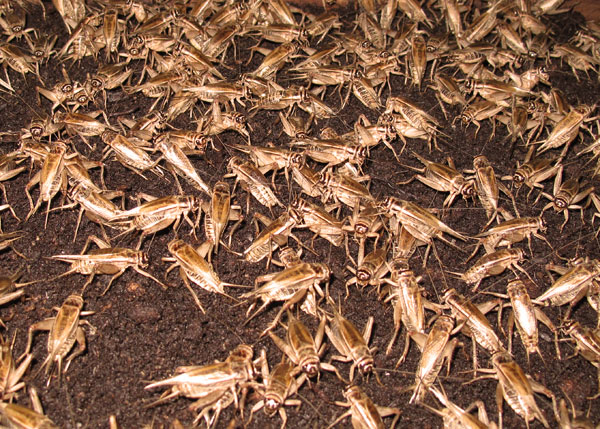 Colorado Republicans are slow to speak out when it comes to standing up against Trump-inspired hate crimes in Colorado.

The fundamental lesson is that the Holocaust happened because people let it. At first it was easy, at first the scapegoats were simple to ignore.

The Holocaust began when people that knew better looked away, found themselves too busy, could not be inconvenienced, were not themselves targets at the start.

Colorado’s Republican leadership, from its paid Twitter trolls to its highest elected officials like Senator Cory Gardner, need to speak up now and to speak out forcefully.

This behavior is not welcome here, in Colorado, in the United States, in the 21st Century. We must stamp it out.