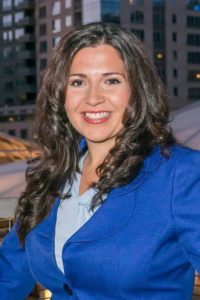 Speaker-Designate Duran’s elevation to speaker will become official when the entire House votes on Jan. 11, the opening day of the 2017 session. At the age of 36 but already beginning her fourth two-year term in the House, she will be the first Latina speaker in Colorado history and one of the top three figures in the state government.

Before she was elected by acclamation, Speaker-Designate Duran sought to reassure the many Coloradans made fearful by the election of Donald Trump.

“We put people ahead of ideology,” she told the caucus. “We do not leave anyone behind.”

The Democratic caucus, which grew to an all-time-high 37 members in Tuesday’s elections, elected Rep. KC Becker, D-Boulder, as majority leader. She has been vice chairwoman of the House Agriculture, Livestock & Natural Resources Committee, has been a House member since 2013 and formerly worked in land management law and policy for the U.S. Department of Interior.

“These are challenging times and we have a lot of work ahead of us,” Majority Leader Becker said. “I look forward to working with the entire House to seek solutions for Coloradans.”

In the House, anyway, you have history made–with leadership that looks “like Colorado.”