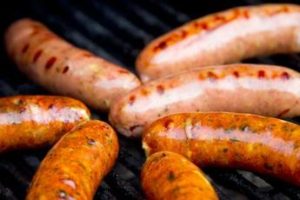 As the Denver Post’s Chris Osher reports, a wild morning for Republicans at today’s Colorado General Assembly leadership elections yielded some unexpected developments–and some, well not so unexpected:

State House Republicans on Thursday opted to choose one of their more conservative members as minority leader, rejecting a representative who raised $1.5 million for legislative races this year and has held a leadership post.

During a caucus at the statehouse on Wednesday, Republicans voted in as minority leader Rep. Patrick Neville of Castle Rock. Neville’s family has ties to Rocky Mountain Gun Owners, a gun-rights organization that has a take-no prisoners reputation in legislative races. His brother, Tim, has been a lobbyist for that group.

Rep. Polly Lawrence of Douglas County, who had been assistant minority leader in the House, chose not to put her name up for minority leader. She had been a prolific fund raiser for Republicans during this election cycle.

The selection of Rep. Patrick Neville as House Minority Leader is not a good sign for bipartisan comity in the chamber, but it’s another big win for the Rocky Mountain Gun Owners-Neville clan alliance that has seen some hard times this year. Safe to say, Neville as House Minority Leader is not what Bob Beauprez invested all that money in GOP primaries to bring about.

In the Colorado Senate, a troika of white dudes take control: Kevin Grantham elected as the new President of the GOP’s enduring 18-17 majority, Chris Holbert as Majority Leader, and Jerry “Eye Candy” Sonnenberg replacing the outgoing Sen. Ellen Roberts as Senate President pro tem. One of the Senate’s most loquacious and intransigent conservatives, Kevin Lundberg, joins Kent Lambert on the Joint Budget Committee.

What did you expect? It’s not like Donald Trump was going to teach them any lessons.